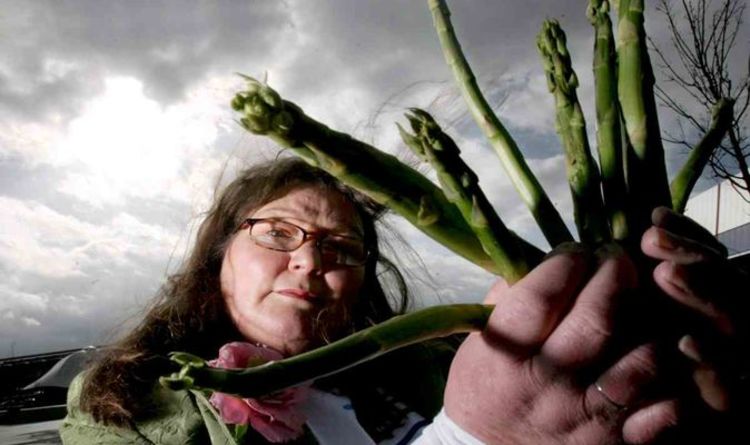 The fortune-teller, called Jemima Packington, has made 20 claims about 2022 and stated that Buckingham Palace could see more “sadness”. Ms Packington, aged 65, is the world’s only ‘Asparamancer’ she forecasts the future by tossing the vegetables into the air and interpreting how they land. The psychic claims that 2022 will see things getting “worse” for the Royal Family as “more sadness and scandals” surface.

The Royal Family has had a tumultuous 2021 with the recent fallout from the Prince Andrew saga, the tragic death of Prince Philip and Meghan and Harry’s Oprah Winfrey interview.

However, the psychic said that the Palace will endure even more troubled times.

It has been claimed that Ms Packington has previously correctly predicted Brexit, Prince Philip’s death and Harry and Meghan stepping back from the Royal Family.

The psychic has said she inherited the gift of prophecy from her elderly aunt who used to read tea leaves.

She said: “My technique has not changed and I still cast the asparagus spears and interpret the patterns in them.

“Seeing the patterns for me is instantaneous, possibly that is because I’ve had years of practice.

“Occasionally I get one slightly off, where I haven’t quite read it correctly, but I’m never far off.

READ MORE: William & Kate ‘will not’ stay with Harry & Meghan during US visit

The psychic has said that Man City will not be crowned Premier League champions but Man United will be dark horses and that Croatia will win the World Cup.

She also has said the West Indies will win the Cricket World Cup in Australia.

Ms Packington has said that England’s women’s rugby team can expect “terrific success” at their World Cup in New Zealand.