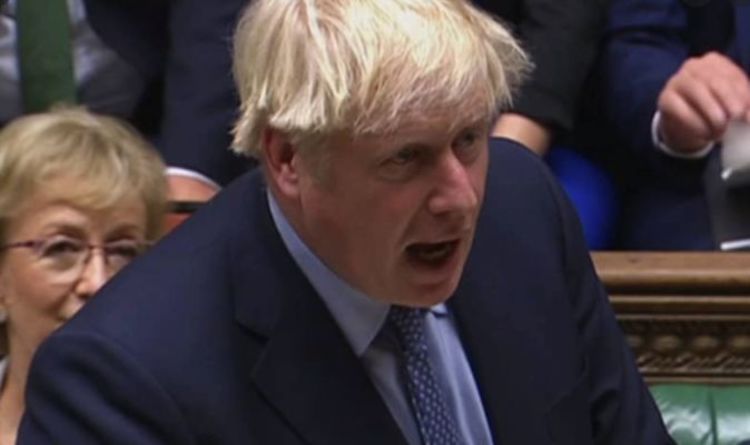 The controversial legislation will see national insurance increase by 1.25 percent to help fund the Prime Minister’s plan for social care.

On the steps of Downing Street in 2019, Mr Johnson claimed he had a plan to fix the crisis which has been ignored for years.

However, when details were unveiled last week, the Prime Minister admitted he was funding the proposals by breaking his election manifesto pledge not to increase national insurance.

The proposals deeply unsettled Conservative MPs, many of whom were worried about the potential consequences at the next election.

Fearing a rebellion, Mr Johnson held a simple vote on the issue just 24 hours after unveiling his plan.

Today, less than a week later, he rushed through changing legislation to implement the tax hike in a bid to reduce time for a backbench revolt to grow.

Just 10 Conservative MPs rebelled to oppose the Health and Social Care Levy Bill in the final vote, according to the division list.

Mr Baron, who represents the constituency of Basildon and Billericay said he feared the speed at which the legislation was being passed through Parliament risked having unintended consequences.

He asked if the Government thought it was “a good idea to raise taxes, on jobs effectively, and risk choking off an economic recovery, before we’ve even got to know the details when it comes to the social care reforms”.

Conservative MP Richard Drax described the proposals as being “Labour-lite” as he criticised the Bill.

The South Dorset MP urged the Government to lower taxes instead of taking more money off hard-working Britons.

Under the plans, from October 2023, anyone with assets under £20,000 will have their care costs fully covered by the state, while those with between £20,000 and £100,000 will be expected to contribute to their costs but will also receive state support.

No one will have to pay more than £86,000 for care costs in their lifetime.

The new levy will be paid by all working adults, including those over the state pension age – unlike other National Insurance contributions.

As well as helping to fund social care, the tax increase will also be used to clear the NHS backlog caused by the pandemic.

Defending the legislation in the Commons, Treasury minister Jesse Norman described the Bill as a “landmark piece of legislation”.

Shadow Treasury minister James Murray said: “This Government is landing a tax rise which they claim will go towards social care on low-paid social care workers themselves.

“The truth is, this is a tax on working people and their jobs.”

The Bill will undergo further scrutiny in the House of Lords at a later date.