Outgoing German Chancellor Angela Merkel is slated to arrive in Israel next month for a farewell visit before departing office, after canceling a trip scheduled for August, Hebrew media reported on Tuesday.

Merkel is expected to arrive in Israel on October 11, two weeks after the federal elections in Germany are expected to name her successor.

Merkel isn’t running in Germany’s national election on September 26, but it is not yet clear when she will step down. In Germany, the outgoing government stays in office until a new one is sworn in, and forming a coalition can be a time-consuming process.

Israel’s Foreign Ministry could not confirm the rescheduled visit.

The chancellor was originally slated to visit Israel in late August, but canceled amid the upheaval surrounding the United States’ withdrawal from Afghanistan and the Kabul airport attack.

The visit was called off in consultation with Prime Minister Naftali Bennett “because of current developments in Afghanistan,” Merkel’s office said in a statement at the time. Germany was among the countries scrambling to evacuate from Kabul their own nationals and Afghans who helped their forces during a nearly two-decade deployment in the country.

Merkel had been slated to receive an honorary doctorate from the Technion Israel Institute of Technology, as well as meet with Bennett for the first time. 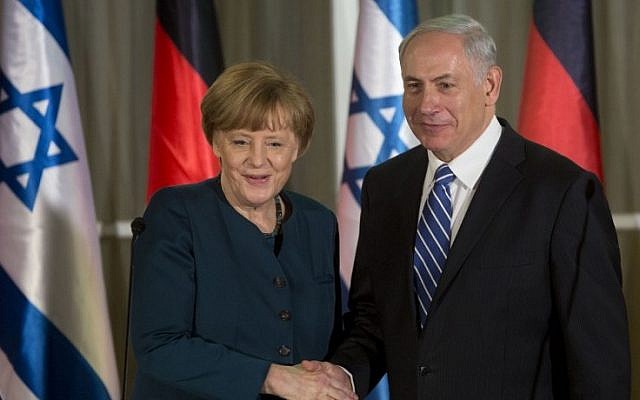 Throughout her 16 years in power, Merkel, who most recently visited the Jewish state in 2018, has described Israel’s national security as a crucial priority of German foreign policy due to the country’s historical responsibility for the Holocaust.

Congratulating the new Israeli government in June, Merkel said that Germany and Israel were “connected by a unique friendship that we want to strengthen further.”

German President Frank-Walter Steinmeier visited Israel at the end of June, stressing support for the country and pledging to continue to fight against antisemitism in Germany.

Germany and Israel forged strong diplomatic ties in the decades after World War II, with Berlin committed to the preservation of the Jewish state in penance for the Holocaust.