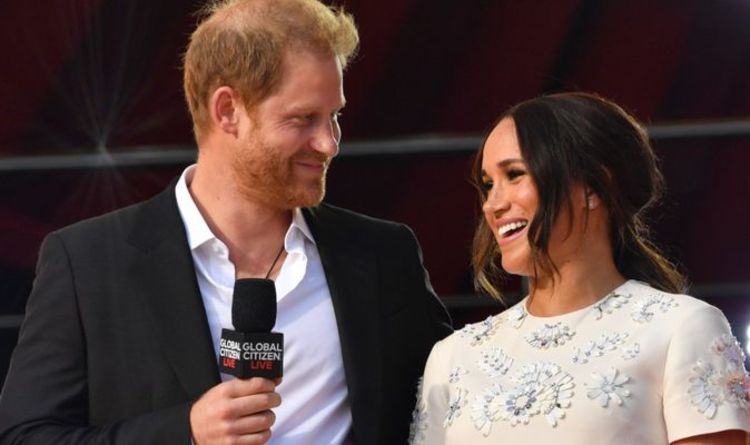 Meghan Markle and Prince Harry have been married for three and half years and have two young children together. The couple made the bold decision to step down from the Royal Family in 2020 and have set up a new life in America, launching their non-profit Archewell, signing a Nexflix deal and a tour of New York.

But during a sit-down interview with Oprah, the Duke and Duchess of Sussex spoke of their struggles while working as senior royals prior to their exit.

Meghan revealed at one point she “didn’t want to be alive anymore”, while Harry opened up on his fear of “history repeating itself” in an apparent reference to his mother’s death in 1997.

In a docu-series a few months later, Harry explained further saying: “My mother was chased to her death while she was in a relationship with someone that wasn’t white and now look what’s happened.”

But according to celebrity astrologer Aliza Kelly Meghan and Harry have a bond that is “healing” which allows them them to go “deeper” with each other.

Ms Kelly said: “Sure, [their marriage is] creatively fulfilling as well, but theirs is a relationship for healing, for soul work, for going deeper into self and truth and purpose.”

“They were both waiting for someone to help them and see them and validate them, and that’s what makes these two charts so important together.”

In mid-November, Meghan said she is “always proud” of her husband as the couple attended an event to honour veterans at New York’s Intrepid Museum.

Early in the evening a reporter asked Meghan if she was proud of Harry.

“He didn’t have the scope to access his full potential without Meghan.”

The Duke has also previously spoken about how he sees the world differently after becoming aware of “unconscious bias”.

In a conversation with activist Patrick Hutchinson for British GQ, he said: “Unconscious bias, from my understanding, having the upbringing and the education that I had, I had no idea what it was. I had no idea it existed.

“And then, sad as it is to say, it took me many, many years to realise it, especially then living a day or a week in my wife’s shoes.”

The couple are now looking forward to their first Christmas with their daughter Lilibet “Lili” Diana Mountbatten-Windsor who was born in June.

It will be young family’s second Christmas in the US after the couple spent the Christmas of 2019 in Canada with their elder son Archie.

If you are struggling with your mental health, confidential support is available for free 24/7 at Samaritans.

Call the Samaritans in the UK on 116 123 or visit a local Samaritans branch.