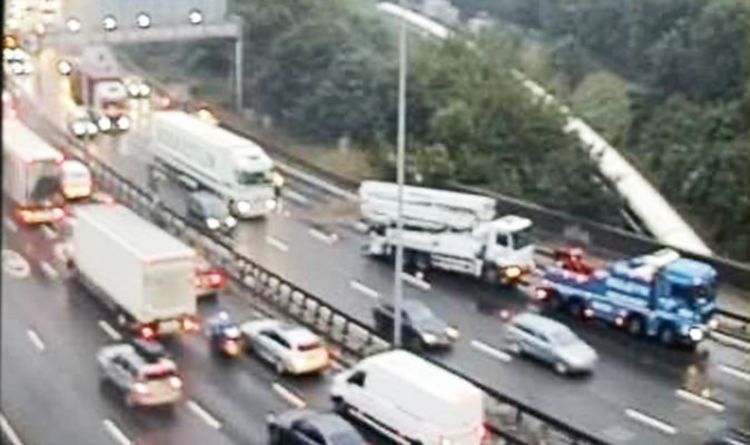 The accident happened shortly before 7am on the clockwise carriageway just after junction 1A for the A206 for Dartford. Delays are estimated to be around 90 minutes.

There are tailbacks of nine miles.

The collision reportedly involved a lorry and a crane.

Three lanes were closed following the accident but they have since been reopened.

The group Insulate Britain – an offshoot of Extinction Rebellion – staged sit down protests at Junction 3 for Swanley in Kent, Junction 6 for Godstone in Surrey, Junction 14 for Heathrow Terminal 5, Junction 20 for Kings Langley in Hertfordshire, and Junction 31 for Purfleet in Essex.

At least one driver attempted to drag a protester off the road.

The protest began at about 8am on Monday and took up to noon to be cleared.