Skip to content
HomeNewsM25 protests MAPPED: Where are climate protesters blocking traffic on the M25 today? 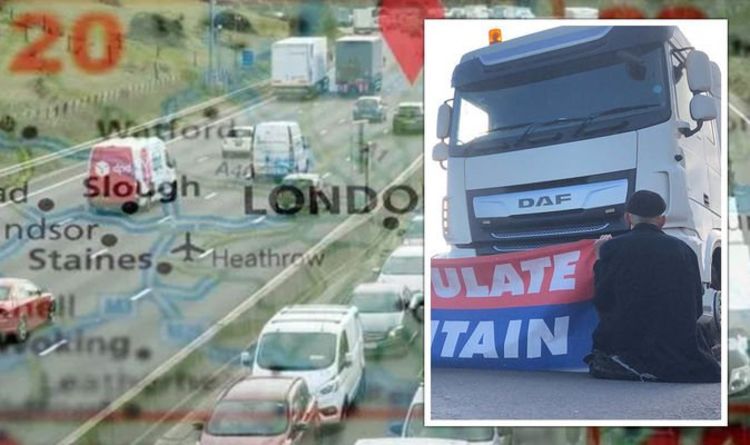 Protesters have been blocking the M25 around London for a number of days now to demand Government action on home insulation. Campaigners from Insulate Britain sat on the road holding banners at several junctions on the UK’s busiest motorway this week, resulting in long delays.

Another group have shut down the main carriageway of the M25 anti-clockwise in Surrey between junction 9 at Leatherhead and junction 8 at Reigate.

Protesters held aloft signs saying ‘sorry for the disruption’ as they faced a barrage of anger from motorists.

Police have rushed to the scene shortly after 8am this morning.

“Why is an 82-year-old stepping out onto the road, an elderly man with a severe heart condition sitting in front of traffic, alongside mothers with children to care for, builders and electricians who just want to get on with their jobs, students with their whole lives ahead of them?

“Because we will not stand by and see our families suffer, their livelihoods destroyed and our country betrayed. Never. Never.

“For thirty years our politicians have done so very little and now we risk losing all that we love.

“The world is burning and burning, each year worse than the last.”