When the Yom Kippur war broke out in the fall of 1973, legendary Canadian singer Leonard Cohen was moved to come to Israel to try and help the Jewish state which was facing the most serious threat to its short existence.

Convinced by Israeli artists to join them and come down to the Sinai desert where the battle was raging against the invading Egyptian forces, Cohen went from base to base, playing concerts for the weary soldiers.

There, during a break between performances, he penned and performed what would become one of his most famous hits: ‘Lover, Lover, Lover.”

One particular verse in the song grabbed the attention of those who heard it, moved by the solidarity of the Jewish star: “I went down to the desert to help my brothers fight…,” the verse began.

And yet when the song was released to the world, the lines had disappeared, leaving the soldiers to wonder what had happened to the song, and Cohen’s attachment to Israel.

Engraved in my heart 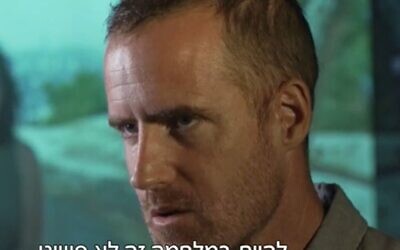 “Who by Fire: War, Atonement, and the Resurrection of Leonard Cohen,” comes out in English next March.

Cohen, who died in 2016 at the age of 82, was living on the Greek island of Hydra when the war broke out and had been suffering from an emotional and creative crisis at the time, even announcing he was quitting the music business, Friedman told Channel 12 in an interview.

He came to Israel in a bid to show solidarity, but also to rediscover himself.

Israeli singer Oshik Levi said he met Cohen in Tel Aviv. Cohen had wanted to go and volunteer on a Kibbutz, but Levi convinced him to join him, and other Israeli artists, in the Sinai entertaining troops.

“We were doing six to eight concerts a day,” said Levi. “He wrote it between two performances, he just took out a notepad and wrote the lyrics there and then.”

At the end of the song was a line that he wrote about the soldiers we performed for,” Levi said.

Groner, who had briefly met Cohen before the war while working as an El Al security guard, recalled leading a force he had been commanding into a tank parking lot and suddenly seeing the singer.

“We came in desperate for fuel, ammunition, food, something to drink,” he said. “Suddenly I heard the voice of God, Lennie himself,” Groner told Channel 12, recounting how unassuming the singer was. 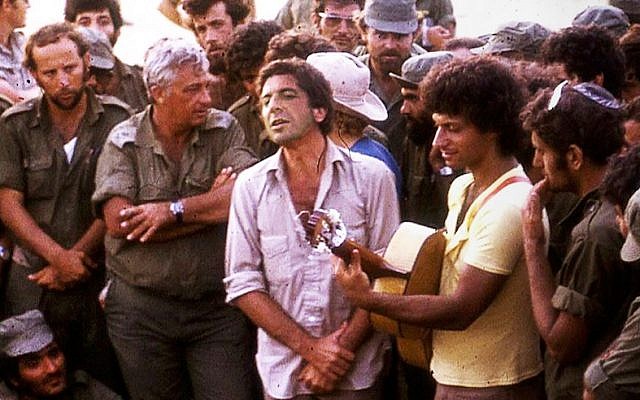 Leonard Cohen, center, performing with Israeli singer Matti Caspi, on guitar, for Ariel Sharon, with arms crossed, and other Israeli troops in the Sinai in 1973. (Courtesy of Maariv via JTA)

“Here was this guy from overseas, who came to us without a microphone, without airs and graces. He ate rations with us and slept in a sleeping bag,” Groner said.

“And then I heard for the very first time  ‘Lover, lover lover come back to me.’ He wrote those lines about us, he called us ‘brothers,’” Groner recounted. “It was a wonderful verse, he repeated it a few times, made some small changes.”

“Those words became engraved in my heart,” Groner said.

But the bond Groner felt dissipated when he discovered those lines that had so touched him had been removed from the song.

“About a year after the war, I was driving along when I heard the chorus ‘Lover, Lover, Lover,’ and I turned up the volume and I heard the legendary song,” he said. “I was overwhelmed, I pulled over and listen, waiting for that line, waiting for ‘brothers and the song ended without it, the lines had disappeared.”

“I was very disappointed because even when he tried to be cosmopolitan, his Jewishness would come out. Even as he tried to get away from it, it kept coming back,” Groner said. 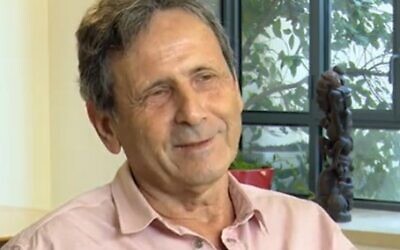 Then out of the blue he was contacted by Friedman who was researching his book, who asked him if he had any information on Cohen’s time in the Sinai.

“After 50 years, I felt like I had been shot in the heart with an arrow,” Groner said.

“He told me about the missing lines, I did not think there was much chance to find them, Cohen’s songs underwent all sorts of changes and incarnations, but I looked for it,” Friedman said.

And yet he did.

“When I went over his notebooks, I found the first draft of ‘Lover lover lover,’ Friedman recalled. “I turned over the page, I was already excited because I had seen something amazing in seeing the first draft of the song and there was another stanza, under the heading ‘airbase.’”

“I went down to the desert to help my brothers fight

I knew that they weren’t wrong

I knew that they weren’t right

But bones must stand up straight and walk

And blood must move around

across the holy ground.”

“He asked me ‘is this what you were talking about?’ and I said yes,” said Groner, adding that he still remains hurt by Cohen’s decision to remove the powerful lines from the song and that he refused to go and see Cohen when he performed again in Israel in 2009.

Friedman said he also found corroboration after discovering an article published by Yedioth Ahronoth during the war where the reporter described Cohen writing a new song in the middle of battle and quoted that specific verse.

Blood on my hands

For Friedman, the discovery not only provided the proof that Cohen had penned the verse but also clues as to why he later took them out.

“Maybe something in his connection with Israel broke. To be here during war is not simple,” said Friedman.

“He writes about an incident where he is evacuating wounded and he was very emotional, and then they say to him, ‘don’t worry those are Egyptians,’ and he is relieved. And then he catches himself and says ‘why am I relieved that it’s only Egyptians,’ and he later writes’ this is blood on my hands,’” Friedman recounted, noting that Cohen hardly ever mentioned the war afterward. 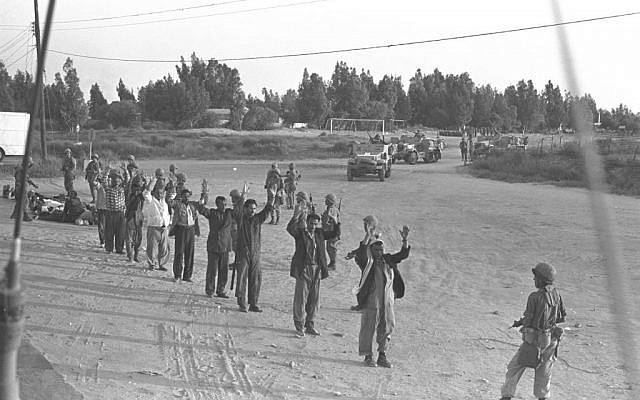 ICaptured Egyptians in the Sinai desert, at the end of the 1973 Yom Kippur War (Courtesy David Rubinger/Knesset collection)

“Immediately after he wrote it, he apparently frightened himself and crossed out the word ‘my brothers.’  You can see the line in the notebook, and he replaced it with the words “the children.”

“‘I went down to the desert to see the children fighting,’ — he distances himself one step, it’s no longer my brothers, but the children,” Friedman said. “And then he apparently deleted the whole verse.”