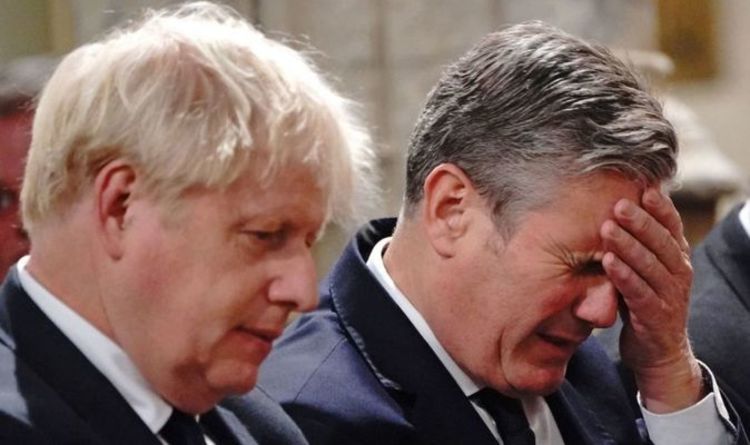 Election Maps UK has forecast that Sir Keir Starmer’s party would lose five seats while Boris Johnson’s Tories would gain eight MPs if the vote share remained the same as in 2019 under the new system. It is due to come into place in 2023 and would hand the Conservatives a whopping 96-seat majority if it was a carbon copy of Mr Johnson’s previous landslide.

The news will prove grim reading for Sir Keir – who is keen to re-establish the centre-ground with Labour and make inroads in northern England and Scotland – where it reigned supreme until recently.

Sharing its prediction, the pollster said that the Tories would take 373 seats in a re-run – a rise of eight.

Nicola Sturgeon’s SNP would remain the same on 48, while the Liberal Democrats would lose one seat and fall to 10.

The news was quickly picked up on social media.

Doonhamer Shaker said: “At what point will opposition parties realise some form of Progressive Alliance is the only way to stop the Tory power grab?”

The UK’s four Boundary Commissions worked on the proposals after the passing of the 2020 Constituencies Act.

This reinstated the number of constituencies to 650 across the UK but looked at how they should be changed to make things fairer.

This led to England being given 543 constituencies, an increase of 10, Wales meanwhile fell eight MPs to 32, Scotland lost two seats to have 57 and Northern Ireland was unchanged on 18.

The commission also said that each constituency it recommended must contain no less than 69,724 voters, and no more than 77,062.

The two “protected” constituencies for the Isle of Wight are exempt from this, it confirmed.