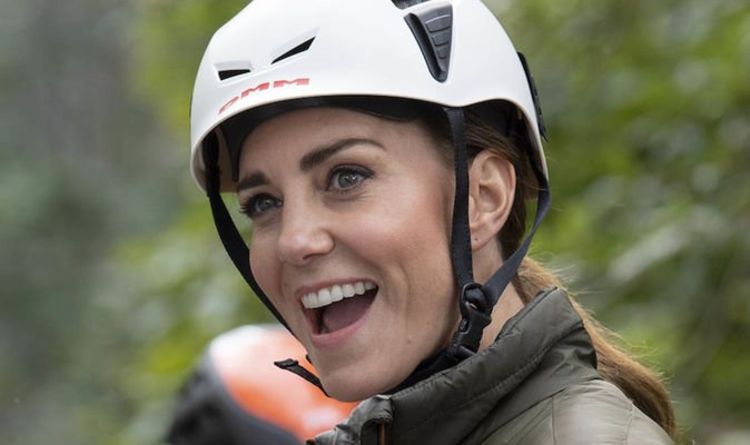 Kate shared a breathtaking picture on the Duke and Duchess of Cambridge’s official Twitter account. The snap showed the Duchess walking with a group of people in Cumbria, as she spent the day in the Lake District.

While in the Lake District, she also met two Holocaust survivors who recuperated there after leaving the Nazi camps alive.

Poignantly, Kate took a boat trip across Lake Windermere with the Holocaust survivors who, following the second world conflict, were flown to the Lake District to start their new lives as refugees.