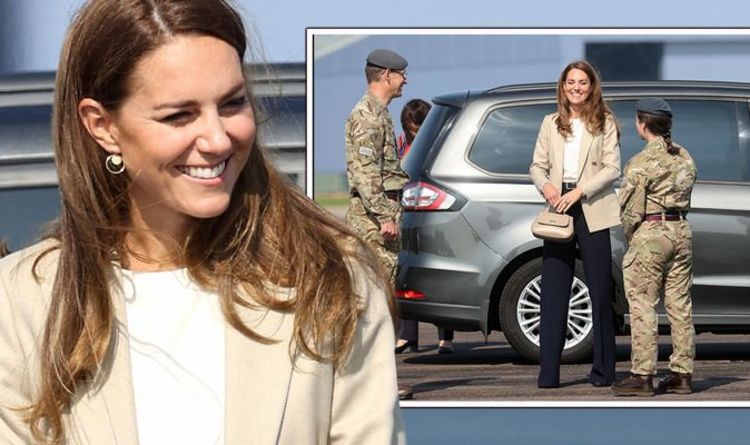 Kate has officially returned to royal duties today, when she headed to RAF Brize Norton, where she met some of the military personnel and civilians who took part in Operation PITTING. This operation, hailed as the largest humanitarian aid move run by the UK over the past seven decades, saw the evacuation of thousands of people from Afghanistan last month.

The operation was carried out between August 14 and 28, after the Taliban seized back power in the country.