A serological study conducted at an Israeli hospital has found that antibody levels in the body after the administration of a third COVID-19 vaccine dose were ten times higher than those detected after the second dose.

The preliminary results, seen among vaccinated staff at Sheba Medical Center in Ramat Gan, outside Tel Aviv, stoked optimism as to the amount of time the booster shot retains its protection, the Kan public broadcaster reported Tuesday.

The hospital told the network it was cautious over the results and would continue to observe the antibody levels over the coming months.

Israel — the first country to officially offer a third dose — began its COVID booster campaign on August 1, initially rolling it out to those over the age of 60. It then gradually dropped the eligibility age, eventually expanding it to everyone aged 12 and up who received the second shot at least five months ago.

As of Wednesday, nearly 3 million Israelis had received a  third dose.

Israel’s national coronavirus czar has called for the country to begin making preparations to eventually administer fourth doses of the coronavirus vaccine. 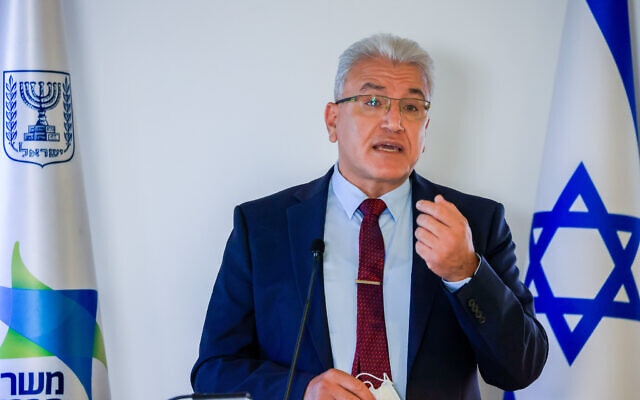 “Given that that the virus is here and will continue to be here, we also need to prepare for a fourth injection,” Salman Zarka told Kan on September 4.

He did not specify when fourth vaccine shots could eventually be administered.

“Thinking about… the waning of the vaccines and the antibodies, it seems every few months — it could be once a year or five or six months — we’ll need another shot,” he told The Times of Israel last month.

The Health Ministry earlier this month also announced that the “Green Pass” — a document that allows entry into certain gatherings and public places for those who are vaccinated or have recovered from the coronavirus — will expire six months after the holder received their second or third dose, hinting that a fourth dose may be administered in six months’ time.

However, the elevated level of antibodies seen in the new data from Sheba could mean a fourth dose would only have to be administered after a longer period of time, the Kan report said.

Earlier this week, 18 leading scientists and two outgoing FDA officials claimed that there is no current need for the general population to be given third doses.

The report, published in The Lancet medical journal, concluded that even with the threat of the hyper-infectious Delta variant of the virus, “booster doses for the general population are not appropriate at this stage in the pandemic.” 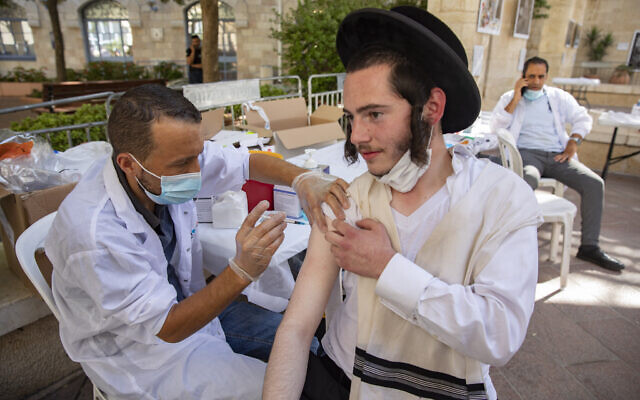 An Israeli man receives a third dose of the COVID-19 vaccine at a temporary vaccination center organized by the Jerusalem Municipality and the Home Front Command, outside Jerusalem City Hall on August 30, 2021. (Olivier Fitoussi/Flash90)

After some countries, including Israel, started offering booster shots over fears about the much more contagious Delta variant, the World Health Organization called for a moratorium on third shots amid concerns about vaccine supplies to poorer nations, where millions have yet to receive their first.

“I will not stay silent when the companies and countries that control the global supply of vaccines think the world’s poor should be satisfied with leftovers,” WHO chief Tedros Adhanom Ghebreyesus told journalists last Wednesday.

Speaking from WHO’s headquarters in Geneva, Tedros urged wealthy countries and vaccine makers to prioritize getting the first shots to health workers and vulnerable populations in poorer nations over boosters.

“We do not want to see widespread use of boosters for healthy people who are fully vaccinated,” he said.

AFP contributed to this report.