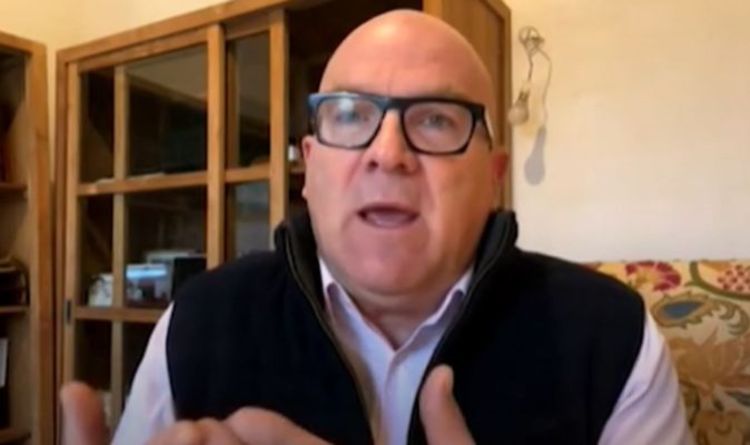 Bruno Bonnell sought to calm tensions between the UK and France following the death of at least 27 people in the Channel and deplored the Governments for accusing each other of wrongdoing. Mr Bonnell appeared to slam both Boris Johnson and Emmanuel Macron by urging both sides to put away their differences and come together to crack down on people traffickers. The French politician also dismissed criticisms of the French interior minister who tried to blame the UK for not providing enough support and said it was part of a wider point that may have been badly understood.

Speaking on Sky News, Mr Bonnell was asked to respond to criticisms from the previous guest, Baroness Kate Hoey, that the French Government needed to do more over the Channel crossings.

He told the programme: “Well, is it really time to point fingers when we have 27 people dead in the Channel?

“Is it time to say that there is a right border and a wrong border? Is it really the issue?

“Is it the time to just fight together against those smugglers?

“Because really, the message that our minister was trying to send and maybe it was twisted in a way that may seem aggressive towards UK authorities…”

French Interior Minister Gerald Darmanin appeared to go on the offensive against the UK Government and said they were not doing enough to tackle trafficking.

Mr Johnson responded in kind and said France had “blood on its hands” for playing politics with the Channel.

“And they tried to cross it on those longboats and they paid smugglers for this.

“So really, I’m upset by saying that it is no time to fight between allies and friends, it’s time to join forces to stop this traffic of human beings at this point.”

The UK and French powers have tried to shift the blame for the recent deaths in the Channel on each other.

Mr Johnson said: “There is no doubt at all the gangs concerned unless they are shown that their business model won’t work, will continue to deceive people, to put lives at risk and get away with murder.

“We’ve had difficulties persuading some of our partners, particularly the French, to do things in a way that we think the situation deserves.”