Iranian guards sexually harrassed inspectors from the UN’s nuclear watchdog at the country’s Natanz nuclear facility multiple times in recent months, according to a Tuesday report in the Wall Street Journal.

The incidents included inappropriate touching of female inspectors by male security guards as well as orders from the latter to remove some clothing, the report said, citing unnamed diplomats.

The International Atomic Energy Agency confirmed the inappropriate conduct in a statement responding to the Journal’s report but did not get into details.

“The agency immediately and firmly raised this issue with Iran to explain in very clear and unequivocal terms that such security-related incidents involving agency staff are unacceptable and must not happen again. Iran has provided explanations related to reinforced security procedures following events at one of their facilities,” an IAEA spokesman said. “As a result of this exchange between the agency and Iran, there have been no further incidents.”

Iran’s ambassador to the IAEA, Kazem Gharibabadi, subsequently tweeted Tuesday that security measures “at the nuclear facilities in Iran are, reasonably, tightened. The IAEA inspectors have gradually come up with the new rules and regulations.”

One diplomat told the Journal that there were as many as seven separate incidents of harassment. The first one took place in early June while the most recent incident took place within the past few weeks, diplomats said. 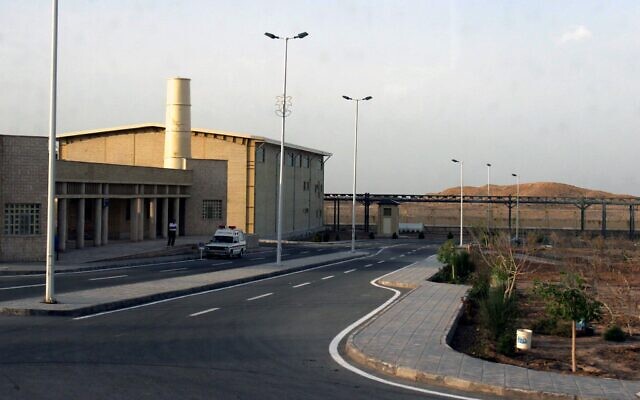 “What I understand is that there was touching in different places, sensitive places and so on,” said a diplomat familiar with the matter. Another described a female colleague as having been “totally humiliated.”

The conduct led the US to circulate a paper among IAEA members this week demanding an end to the phenomenon.

“Harassment of IAEA inspectors is absolutely unacceptable, and we strongly urge you to make clear in your national statement at the Board meeting that such conduct is deplorable and must end immediately, and that the Board should take appropriate action if further incidents are reported,” the Journal quoted the paper as having said.

Tuesday’s report came as prospects for a revived nuclear agreement between Iran and world powers remained bleak. Negotiations in Vienna over limiting Iran’s nuclear program in exchange for sanctions relief, have been idle since June.

Earlier this month, the IAEA said in a report that Iran had quadrupled its stockpile of 60-percent enriched uranium since May. It also said that verification and monitoring activities have been “seriously undermined” since February after Iran refused to let inspectors access IAEA monitoring equipment.

Major powers are losing patience, more than two months after the suspension of negotiations that had begun in April under the aegis of the European Union, to try to resurrect the international agreement of 2015.