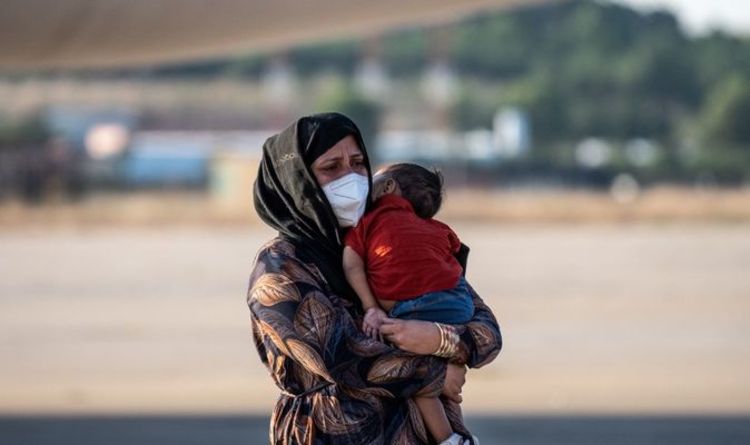 European governments are bracing themselves for a rise in migrants from the war-stricken country in the coming months. As Germany and France face upcoming elections, the two nations are reportedly wary of welcoming in large numbers of refugees.

Other European nations including Austria, Czech Republic, Hungary and Poland are also opposed to the idea of taking in many migrants from the Taliban controlled country.

Turkish President Recep Tayyip Erdogan has called on European nations to help shoulder the number of refugees seeking asylum in his country.

Speaking to the Express.co.uk, a political science professor and Crown Chair in Middle East Studies stated that Europe and the UK should expect “intensive” pressure to take in and provide humanitarian aid to Afghans.

At time of writing, more than 558,000 Afghans have been displaced domestically and a worst-case scenario figure estimates 515,000 Afghans may be forced to leave the country by the end of the year, according to the UN Refugee Agency (UNHCR).

Camille Le Coz, a Senior Policy Analyst at Migration Policy Institute Europe, has said that the real number may be even greater.

“This estimate could be proven wrong if the new regime does not deliver on its initial commitments to respect human rights and accept the principle of an inclusive society,” she told Express.co.uk.

“From the formation of an all-male Taliban government to reports of human rights violations, it is possible that the situation quickly evolves and more people have to seek refuge outside the country.”

EU countries are careful to not see a repeat of the 2015 migrant crisis when nearly a million Syrians, Iraqis and Afghans fled to Europe by crossing to Greece from Turkey.

Greece has taken a stance against welcoming a wave of Afghans into their country, the Greek Prime Minister stated last week.

“I will say it again: we cannot have European countries who believe that Greece should resolve this problem alone, and that it does not concern them at all because they can keep their borders tightly and hermetically shut,” Prime Minister Kyriakos Mitsotakis said in a news conference.

“We have the infrastructure in the event that we are faced with a new wave (from Afghanistan).”

Ms. Le Coz added that the crisis will last “many years”.