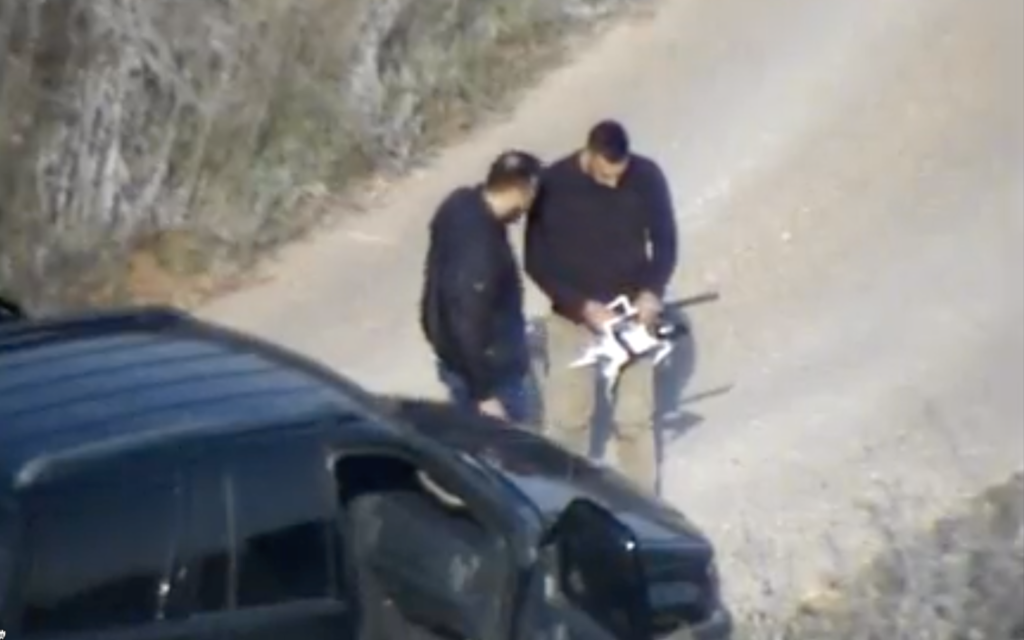 The Israel Defense Forces published a video on Friday of what it said was a failed attempt by Hezbollah’s drone unit to launch an intelligence-gathering UAV toward Israel.

The one-minute clip shared by the IDF’s Arabic-language spokesman shows two Lebanese men standing beside their car near the border with Israel. One of them activates the drone, which quickly hovers upward before crashing to the ground moments later. The two examine the drone briefly before returning to the car.

Spokesman Avichay Adraee used the opportunity to tweet out photos of one of the drone unit’s members, though he did not name the individual. Adraee said the IDF had obtained the photos of other members of the unit, which were left on the memory card of one of the Hezbollah drones downed by the Israeli military.

The IDF said a similar occurrence took place last week, when Israeli troops found photos of individuals in Hezbollah’s Radwan reconnaissance unit that were left on the memory card of another downed drone.

The IDF said that in 2021, 74 Hezbollah drones managed to cross into Israeli territory — 20 fewer than the year before. Most of the drones are designed to gather intelligence on IDF operations along the Lebanon border, the Israeli army said, noting that it managed to down most of them.

Similar drones are used by Israel to gather intelligence on Lebanon.