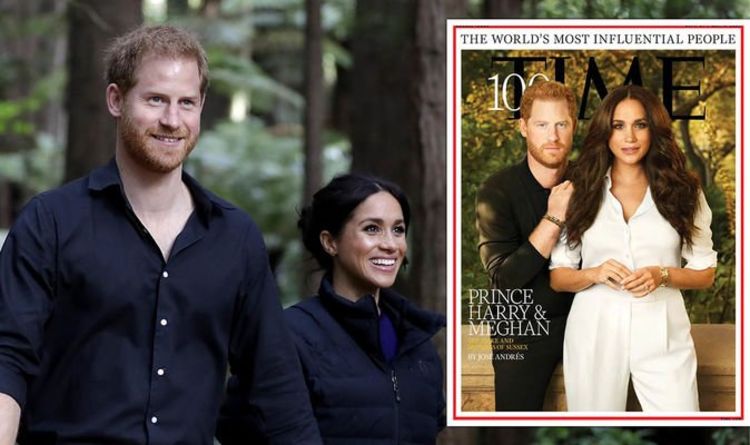 Meghan and Prince Harry are set to appear on one of the seven front covers of the upcoming Time magazine issue celebrating its Time 100 Most Influential List. In the stunning front cover, the Duke and Duchess of Sussex are depicted wearing contrasting outfits.

The Duchess dons a white blouse and matching high-waist loose trousers while Prince Harry, who has his hands placed on one of Meghan’s shoulders, wears an all-black outfit.

The pictures included in the magazine out on September 27 have all been taken at the Sussexes mansion in Montecito, Santa Barbara, by Pari Dukovic.

Another picture included in the magazine show the Duke and Duchess posing in front of a window, both donning olive-coloured outfits.

This is the first time the couple has formally posed together for a magazine cover shoot.

In the special issue, the Duke and Duchess are praised for their charity work and desire to bring communities together by José Andrés, Founder of World Central Kitchen.