NEW YORK (AP) — George Wein, an impresario of 20th century music who helped found the Newport Jazz and Folk festivals and set the template for gatherings everywhere from Woodstock to the south of France, died Monday.

A former jazz club owner and aspiring pianist, Wein launched the Newport Jazz Festival in 1954 under pouring rain and with a lineup for the heavens — Billie Holiday and Dizzy Gillespie, Ella Fitzgerald and Lester Young. Louis Armstrong was there the following year and Duke Ellington made history in 1956, his band’s set featuring an extraordinary, 27-chorus solo from saxophonist Paul Gonsalves that almost single-handedly revived the middle-aged Ellington’s career.

Wein led the festival for more than 50 years and performers would include virtually every major jazz star, from Miles Davis and Thelonious Monk to Charles Mingus and Wynton Marsalis. Just in 1965, the bill featured Frank Sinatra, Count Basie, John Coltrane, Ellington, Gillespie, Davis and Monk.

“As a young pianist and club owner, he understood quality, worshipped the giants of the music, and created a revolutionary Festival format that offered the widest possible range of jazz to much larger outdoor audiences,” Marsalis said in a statement. “He loved telling stories about Bird, Duke and all of the greats, engaging in spirited debates on a variety of subjects, and was an optimistic supporter of young talent.”

The success of Newport inspired a wave of jazz festivals in the US and Wein replicated his success worldwide, his other projects including the New Orleans Jazz & Heritage Festival and the Grande Parade du Jazz in Nice, France. His multiday, all-star gatherings were also a model for rock festivals, whether Woodstock in 1969 or the Lollapalooza tours of recent years. 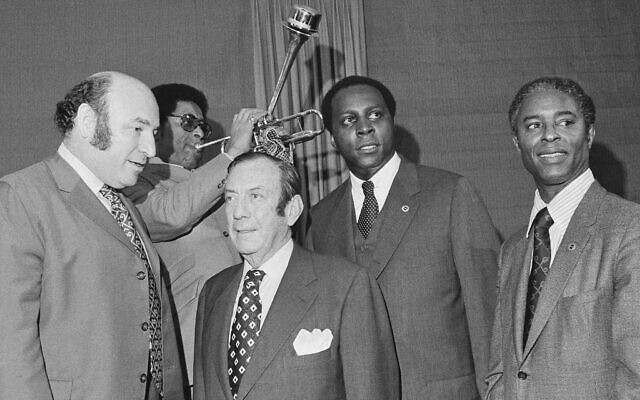 Critic Gene Santoro observed in 2003 that without Wein, “everything from Woodstock to Jazz at Lincoln Center might have happened differently — if it happened at all.” Wein “can justifiably claim to have invented, developed and codified the contemporary popular music festival,” Santoro wrote.

The idea for Newport came in part from locals Louis and Elaine Lorillard, who urged Wein to organize a jazz festival in their gilded resort community in Rhode Island. Elaine Lorillard, a socialite, complained that the summer scene was “terribly boring.” Her tobacco-heir husband backed her up with a $20,000 donation.

Wein had never known of a large-scale jazz festival, so, in the spirit of the music, he improvised — seeking to combine the energy and musicality of a Harlem jazz club with the ambience of a summer classical concert in Tanglewood.

“What was a festival to me?” Wein later said. “I had no rulebook to go by. I knew it had to be something unique, that no jazz fan had ever been exposed to.”

Wein didn’t only work with jazz musicians. In 1959, he and Pete Seeger began a companion folk festival that would feature early performances by Joan Baez and Jose Feliciano among others and track the evolution of Bob Dylan from earnest troubadour to rule-breaking rock star.

Dylan’s show in 1963 helped establish him as the so-called “voice of his generation,” but by 1965 he felt confined by the folk community and turned up at Newport with an electric band. The response was mostly positive, but there were enough boos from the crowd and conflicts backstage — Wein rejected the legend that Seeger tried to cut the power cables to Dylan’s amps — to make Dylan’s appearance a landmark in rock and folk history.

In his memoir “Myself Among Others,” Wein remembered confronting Dylan as he left the stage and demanding he return to play something acoustic. When Dylan resisted, saying he didn’t have an acoustic guitar, Wein asked for volunteers to lend him one and helped persuade Dylan to go back out. Years later, Wein remained moved by memories of hearing Dylan sing “It’s All Over Now, Baby Blue,” a farewell ballad in more ways than one. 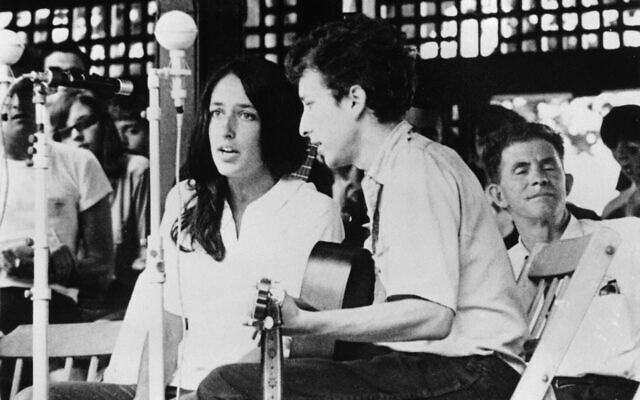 “It was a farewell to the idealism and purity of the folk revival,” Wein wrote. “There was no turning back — not for Dylan, not for anyone.”

The Newport festivals have led to numerous films and concert albums, notably Murray Lerner’s Oscar-nominated 1967 documentary “Festival!”, with Dylan, Johnny Cash and Howlin’ Wolf among the performers. Wein would later bring in Led Zeppelin, Sly and the Family Stone and James Brown and other rock and rhythm and blues acts. In 2020, when Newport went virtual because of the pandemic, Wein introduced Mavis Staples from his home in Manhattan.

Wein himself had been a pianist since childhood and he maintained an active music career, releasing “Wein, Women and Song,” “Swing That Music” and several other albums and making yearly appearances at the Newport festival with his Newport All-Stars band. He was named a “Jazz Master” in 2005 by the National Endowment for the Arts and received an honorary Grammy in 2014. Years earlier, President Clinton brought his saxophone to the White House stage for a celebration of the Newport Jazz Festival.

Wein grew up in Newton, Massachusetts, his father a dentist with a gambling habit and an eye for his secretary, his mother a pianist of “passable skills” and heiress to a paper products fortune. As a teenager, he defied his family by inviting Black musicians to their home and in his 20s he dated a Black woman, Joyce Alexander, whom he married in 1959. Joyce Wein, who became his business partner and closest adviser, died in 2005.

Wein saw himself as just an “average middle-class, Jewish-American kid,” although one easily bewitched by music. He would remember attending a Benny Goodman concert and listening just a few feet away from trumpeter Cootie Williams.

“For the duration of the evening I stood alone, wide-eyed, at the foot of the stage,” he wrote in “Myself Among Others,” released in 2003, “oblivious to the sea of couples swirling around the dance floor behind me.” 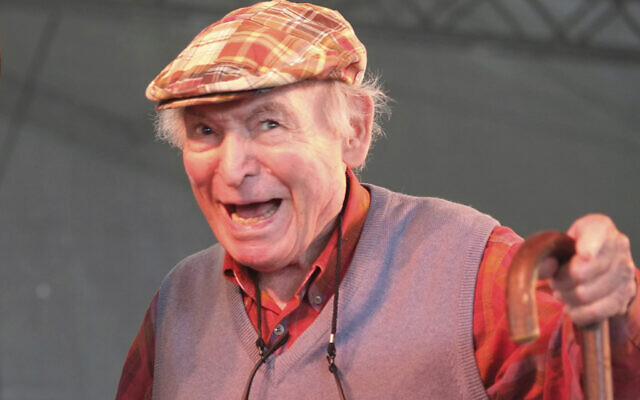 Wein enlisted in the Army during World War II and twice escaped possible death: Hitler died in April 1945 as Wein and others were nearing the German front. Months later, he was spared being transferred to the Pacific when the Japanese surrendered.

He graduated from Boston University and started the Storyville jazz club and record label in Boston, where Ellington, Charlie Parker and others came. Wein even got to join some of the performances, including playing piano for a set by Holiday, whose regular keyboardist had not showed up.

The Newport festival lasted despite ongoing conflicts, whether objections from the locals in Newport, the declining appeal of jazz, or the demands and resentments of the musicians. In 1960, Mingus organized a rival festival to protest Wein’s alleged favoritism among performers and a riot at the Newport gathering led to Wein’s being sidelined until 1962. In 1971, the booking of the Allman Brothers Band proved disastrous when rock fans overran the festival grounds, even setting sheet music on fire, and brought about a decade-long exile from Newport.

Wein, once described by The New Yorker’s Lillian Ross as a stocky man “who seemed to be filled with controlled frenzy,” was a fighter who faced down racist officials in New Orleans and chastised Monk for waiting too long to take the stage in Newport. He was also good at math. He recruited Sinatra, Dionne Warwick and other popular singers to help support the jazz artists. In the mid-1970s, he was struggling financially and became among the first popular music promoters to work with corporate sponsors, notably the makers of Kool cigarettes.

In 2005, he sold his company Festival Productions Inc. to Festival Network LLC and took on a more limited role at Newport. Six years later, he established the nonprofit Newport Festivals Foundation to oversee the summertime events.

“I want the festivals to go on forever,” Wein told The Associated Press at the time. “With me it’s not a matter of business. This is my life.”