Skip to content
HomeNewsFrench in rallying call for EU action against UK in fishing wars: ‘We need more help!’ 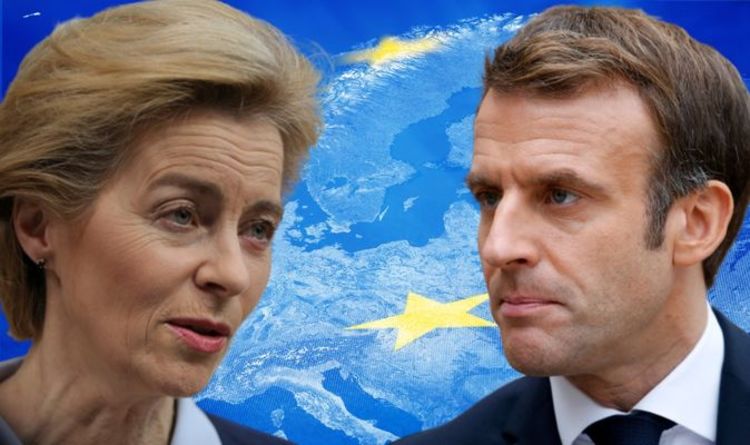 Following a meeting with EU Commission President Ursula von der Leyen, French Senate President Gerard Larcher said in a Tweet: “On fishing, I recalled our solidarity with fishermen. Our country also needs the support of the European Commission to obtain the licences requested from the British.” He also spoke of the need for more cooperation in dealing with the ongoing migrant crisis, saying: “In the face of the migratory crises, I stressed the urgent need to strengthen our external borders and to reach an ambitious Asylum and Migration Pact, to make returns to the countries of origin effective.”

The Senate leader also praised the EU’s joint effort in tackling the ongoing COVID-19 pandemic, in particular as the new Omicron variant begins to emerge across the continent, and wider arena.

Yet the core mandate of the meeting was for the French to reach out to the EU, and rally support against the British.

Mr Larcher said in a Tweet: “As the #EU2022 approaches, I was pleased, along with @sophieprimas and @RAPINJF to meet in Brussels with @vonderleyen. This meeting allowed us to address several crucial issues for France and Europe.”

For her part, Ms Von der Leyen said: “Glad to meet the President of the Senate Gerard Larcher in the run-up to the French Presidency of the EU.”
She added: “We had a look at the current issues.”

Expressing her support for the upcoming French Presidency of the bloc, she added: “The French Parliament will contribute to making this Presidency a success.”

France has been desperate to punish Britain for its perceived anger at not being issued fishing licences for French trawlers.

Following Brexit, London has claimed that any foreign vessel wishing to fish in British waters must be able to prove it had done so prior to the Withdrawal Agreement.

France claims London has not issued the correct amount of permits.
President Emmanuel Macron and his Ministers have vowed to punish Britain over the issue.

However, certain elements of European-wide cooperation have emerged in more recent times.

The Foreign Minister of Luxembourg slammed the British over the ongoing migrant’s crisis, stating that allowing migrants to work illegally in the country pulled them towards Britain.

Germany has also awoken from its post-election slumber by warning the EU and the UK to come to a swift and timely conclusion over the ongoing Northern Ireland Protocol.

With the French about to take the helm at the head of the EU in the rotating presidency, as well as Mr Macron about to face an upcoming election, it seems that French cries for help from its European partners is timed to perfection.

Pressure now lies on Mr Macron to deliver the goods in a final push towards his second term in the Elysee Palace.

With Eric Zemmour and Marine Le Pen hot on the heels of Mr Macron, securing a European wide slap against the British may just be the sucker-punch Mr Macron needs to defeat internal division in France, and cement together the EU as the lead bonding agent in a post-Merkel era.
Additional reporting by Maria Ortega