Ida Nudel, a former refusenik and an activist for Soviet Jewry, died Tuesday in Israel aged 90.

Nudel arrived in Israel in 1987 after a 16-year battle against Soviet authorities to allow her to move to the Jewish state — including four years imprisoned in Siberia — which she won with the intervention of many international figures, including US actress Jane Fonda.

After settling in Israel, Nudel established the “Mother to Mother” nonprofit, which sought to provide afterschool activities for the children of Russian immigrants.

Mourning her passing, President Isaac Herzog recalled how moved his father, former president Chaim Herzog, was to meet Nudel when she first arrived in Israel.

“It’s important to remember and commemorate the stories of the Prisoners of Zion who with spirit and bravery changed the world. May her memory be a blessing,” Herzog wrote on Twitter.

Born in 1931, Nudel first sought to move to Israel after hearing in 1970 of an attempt by a group of refuseniks to hijack a plane to flee the Soviet Union. She applied for an exit visa but was refused by Soviet authorities. 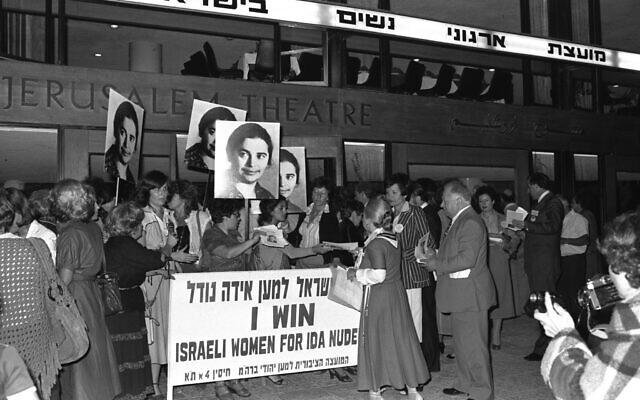 A demonstration outside of the Jerusalem Theater calling for the release of Prisoner of Zion Ida Nudel, June 6, 1979. (Chanania Herman/GPO)

Her sister Elena, brother-in-law, and their son were granted visas in 1972. The same year Nudel organized a hunger strike at the central office of the Communist Party of the Soviet Union to protest the arrest of another refusenik, Vladimir Markman.

She earned the nickname “Guardian Angel” with her campaign to provide humanitarian items for Prisoners of Zion, those incarcerated in the Soviet Union for Zionist activity. 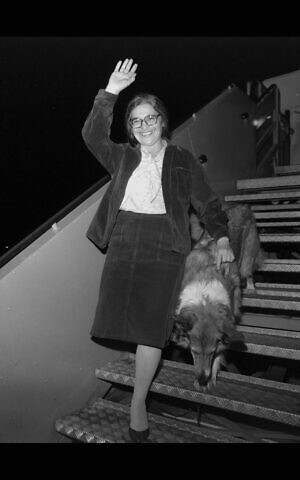 However, she lost her job and after placing a protest poster against the KGB in her apartment in 1978 was sentenced to four years of internal exile. She was released in 1982. Banned from returning to Moscow, she lived in Bender, Moldovia, for five years.

In 1987, she was granted an exit visa and on October 15, arrived in Israel, where she was greeted by then prime minister Yitzhak Shamir, foreign minister Shimon Peres, her sister and thousands of welcoming Israelis.

She lived in Karmei Yosef and later in Rehovot.

Nudel remained active in rights issues and politics. In 2005 she petitioned the High Court of Justice asking that it force then-prime minister Ariel Sharon to use any means to save the lives of 15 Palestinian collaborators who were facing death sentences in Palestinian Authority jails. She also spoke out against Sharon’s planned unilateral withdrawal from the Gaza Strip, which eventually went ahead later that year. 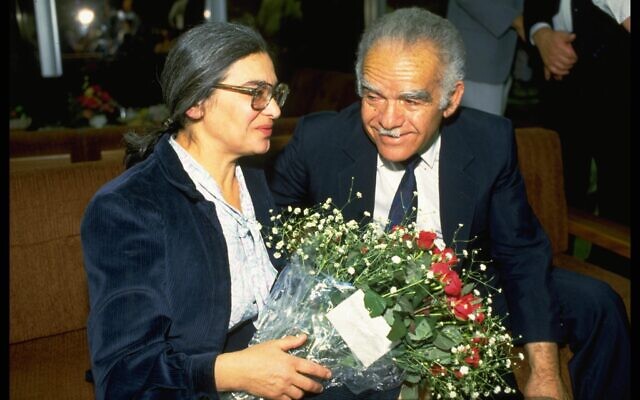 Prisoner of Zion Ida Nudel is greeted at Ben Gurion International Airport by Prime Minister Yitzhak Shamir after her release from a Soviet prison, on October 15, 1987. (Nati Harnik/GPO)

In 2007 she filed another petition with the High Court of Justice demanding that visitation rights be taken from Hamas and Hezbollah prisoners as long as the Red Cross was prevented from visiting three kidnapped IDF soldiers, Gilad Shalit, who was held by Hamas in the Gaza Strip, and Eldad Regev and Ehud Goldwasser held by Hezbollah in Lebanon. In later prisoner exchanges, Shalit was returned alive and the bodies of Regev and Goldwasser were returned to Israel.