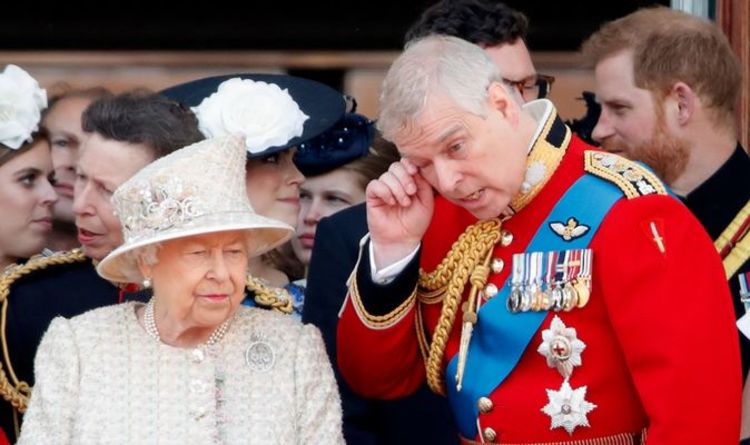 On Thursday, Prince Andrew was stripped of his military titles and royal patronages in a shock announcement from Buckingham Palace. The Duke of York, 61, will also lose the ability to call himself His Royal Highness in an official capacity.

The statement from the Palace confirmed the Queen’s assent to the decision to remove the titles from her son.

The titles will be returned to the monarch, 95, who will then redistribute them to other members of the Royal Family, it is understood.

Each of the Royal Family members who could receive additional duties previously carried out by Prince Andrew were involved in the consultation, a royal journalist has now said.

Speaking to German news outlet Stern, Omid Scobie commented: “When we were briefed by the Palace on what was happening, we were told that the decision was discussed within the extended family.

The author of Finding Freedom said: “Before such a decision is made, the question of who will take on which tasks is discussed.

“These military titles and charitable patronages must be assumed by other members of the royal family.

“So it was only natural that the decision should be discussed in this round before it was announced.”

“The judge’s decision has now provided clarity: the case will go to court – whether he likes it or not.”

Mr Scobie zeroed in on the precise wording of Buckingham Palace’s statement on the removal of the Queen’s second son’s titles.

He added: “The fact that this statement includes the word “private citizen” draws the strongest line between her and Andrew.

“The Queen basically publicly says: Now he’s on his own.”