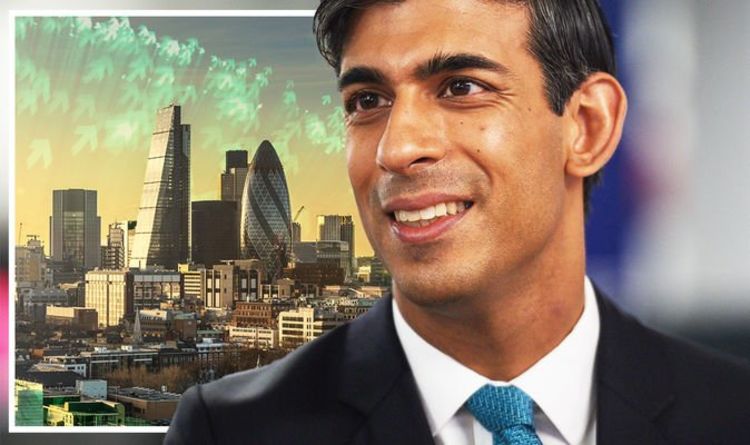 Brussels banking chiefs have asked banks to move euro clearing operations from London, which accounts for the bulk of activity, to Frankfurt in Germany. But Andrew Bailey, Governor of the Bank of England claimed the Eurocrats risk damaging the UK’s financial system if they prize part of the £80trillion market away from the British capital.

Speaking at a Bloomberg event, the financial chief added last night: “The right thing to do is to wait for the moment.

“The cost of moving and fragmenting are too large.”

Mr Bailey made clear banks were waiting rather than shifting euro positions as a June 2022 deadline looms when temporary permission for London clearers to serve EU customers ends.

He continued: “While waiting is sensible from the point of view of the banks, it puts the responsibility on the authorities to sort the thing out.”

The UK is hoping to strike a deal over the British financial sector’s role in Europe, which would allow for mutual recognition of financial service rules between London and Brussels.

But despite a “memorandum of understanding” being provisionally agreed in March this year allowing for engagement on financial industry matters, no “equivalence” deal for the sector has been signed.

This means banks and clearers in the UK do not have EU permission to serve customers in the bloc, with Brussels concerned Britain could diverge from international financial regulations after leaving the EU.

“It is not a matter of us saying, ‘is the UK going to diverge from the EU?’ The EU is going to move as well.

“If they want to take a decision to break the system up, then it’s important to consider the risks to financial stability that come with fragmentation.”

Highlighting the importance of Brexit Britain for clearing operations, he said: “We have got the architecture and framework of international standards, let’s put it to work.”

NatWest bank chairman Howard Davies told the same event some institutions could shift their euro clearing operations from London to New York if no-deal was “sorted out”.

This is because clearers in the United States already have EU permission to serve customers in the bloc.

“I do not understand the argument that the UK-EU relationship should be different.”

The European Commission last night said they are concerned Britain will water down financial services rules in future if an agreement was reached.