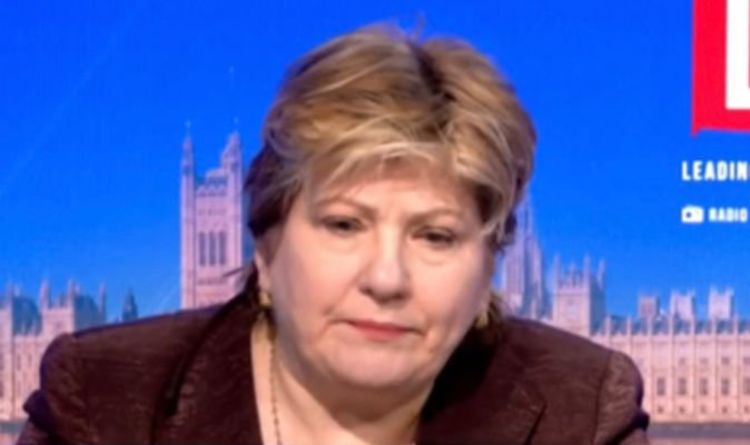 Ms Thornberry sat down with Nick Ferrari on LBC to answer questions about the money Labour have received from the suspected spy, Christina Lee. The shadow Attorney-General stated the allegations of breaches showed how bad Westminster security is, and how easy it is “to wheedle your way into” the seat of British power. The Labour Party MP explained how the accused spy had managed to get close to former Ministers and cosy up for photos with the likes of David Cameron and Theresa May, as she was left squirming over a £600,000 donation her own party accepted.

Mr Ferrari said: “On the subject of what would you say about certain things, how do you react to the news of a so-called Chinese spy, Christine Lee.

“The MI5 putting out a warning ‘it is reported that Labour politicians have been in receipt of more than £600,000 one of whom Barry Gardiner somewhere in the region of around £400,000.’

“That’s an embarrassing one for Labour isn’t it?”

Ms Thornberry said: “I think what it shows us is how easy it is to wheedle your way into Westminster.

“I mean, I think there are also photographs of her with David Cameron, I think she got an award from Theresa May.”

Mr Farage said: “But not cash.”

Ms Thornberry said: “No,  but I mean she seems to be some sort of Zelig figure who kind of seems to have got everywhere.

“And I think that what it teaches us, is that you should not take people at face value, you should not assume that other people have done the checks.

The MI5 first alerted Sir Lindsay Hoyle via email after months of investigating potential attempts to breach the Parliamentary security.

The email read: “I am writing now to draw your attention to the attached Interference Alert issued by the Security Services, MI5, about the activities of an individual, Christine Lee, who has been engaged in political interference activities on behalf of the Chinese Communist Party, engaging with Members here at Parliament and associated political entities, including the former APPG: Chinese in Britain.

“I should highlight the fact that Lee has facilitated financial donations to serving and aspiring parliamentarians on behalf of foreign nationals based in Hong Kong and China.

“This facilitation was done covertly to mask the origins of the payments.

“This is clearly unacceptable behaviour and steps are being taken to ensure it ceases.”