At least five Democratic lawmakers have joined the State Department’s call for an investigation into the death of an 80-year-old Palestinian-American whose lifeless body was found with a zip-tie around one of his hands and a blind-fold over his eyes, shortly after IDF troops concluded an arrest raid in his central West Bank village early Wednesday morning.

Omar As’ad’s family said he was returning home to Jiljilya when Israeli soldiers operating at the scene pulled him from his car and beat him, before leaving him at the site of a home under construction.

The IDF said it was carrying out an arrest raid in the central West Bank town aimed at “thwarting terror activity.” It did not divulge too many details into As’ad’s death beyond saying that he was apprehended after resisting a check and was alive when the soldiers left him. The IDF said that Military Police opened an investigation into the incident, though it is exceedingly rare for such probes to end in any charges.

After being detained in an empty house, As’ad, who suffered from diabetes and other chronic conditions, apparently suffered a heart attack, Jiljilya mayor Fouad Qattum told The Times of Israel on Wednesday. It was not clear if the soldiers were present when he collapsed.

As’ad, a US citizen, had lived in the Milwaukee area for several decades before returning to the West Bank in 2009.

His Congresswoman, Rep. Gwen Moore, tweeted, “I’m saddened to learn of Omar Abdalmajeed As’ad’s death and send my deepest condolences to his family. We need an investigation to understand what led to this tragedy.”

Wisconsin Senator Tammy Baldwin wrote, “This is a horrible tragedy that demands a thorough investigation and I want to extend my condolences to the Assad [sic] family, including those in Wisconsin who are mourning this tragic loss and deserve answers.”

Rep. Rashida Tlaib, who is also of Palestinian descent, tweeted, “Two days ago, Israeli troops stopped a car driven by 80-year-old Palestinian-American Omar Abdulmajeed As’ad. They dragged him from the car, beat him, and left him on the ground to die. This is outrageous! I call on Secretary Blinken to investigate.”

Rep. Betty McCollum said: As’ad “was pulled from his car, beaten by Israeli soldiers, and left to die on the side of the road. My condolences to Mr. Asaad’s [sic] family. He is now another victim of this cruel occupation.”

Rep. Marie Newman, another progressive Democrat, tweeted that she was “deeply disturbed” by reports of As’ad’s death. “I echo the State Department in demanding a full investigation into this incident.”

Outside the US, the UN’s Middle East envoy Tor Wennesland offered his condolences to the family and called for “a swift, thorough and transparent investigation.”

Asked for comment on the matter during a Wednesday press briefing, US State Department spokesman Ned Price began by confirming that As’ad was an American citizen. 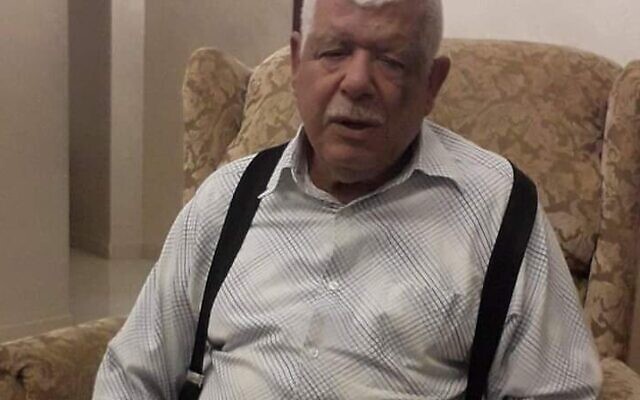 “We have been in touch with Mr. As’ad’s family to express our condolences about this tragedy. We’re providing all of the consular assistance to the family at this time,” he said. “We’ve also been in touch with the government of Israel to seek clarification about this incident, and as you may have seen the Israeli Defense Forces have indicated that there’s an ongoing investigation into the matter.

“We support a thorough investigation into the circumstances of this incident,” Price added.

The military conducts arrest operations on a nightly basis, often arresting dozens of Palestinians on suspicion of involvement in terror activity.

Tensions have been rising between Israel and the Palestinians across the West Bank and Gaza over the past month, including a wave of terror attacks that so far have taken the lives of two Israeli civilians and wounded several others.

Aaron Boxerman contributed to this report