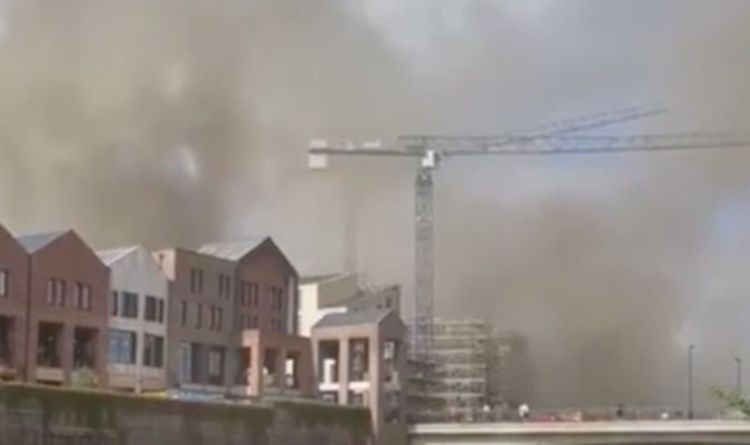 Chronicle Live has reported that the blast happened at a new building site at Durham’s old passport office.  Separate footage showed a motorist driving towards huge clouds of smoke spreading out across a road.

So far five fire crews are at the scene of fire at the Milburngate development in Durham City.

Patricia Grace King tweeted: “Traffic is backed all the way up Albert Street. Avoid the town centre if you can.”

Philip West commented: “That video from the riverside in Durham, of what is apparently a gas explosion, looks absolutely horrendous.

“Seriously hope nobody was injured!”

There are also suggestions that the fire is centres on a new hotel which is being constructed on the site, possibly a Premier Inn.

Arriva North East tweeted: “Service update. Durham City Centre. Due to Milburngate being closed because of a fire. Services will pick up as follows:-

“Sutton Street – all other Arriva services.”