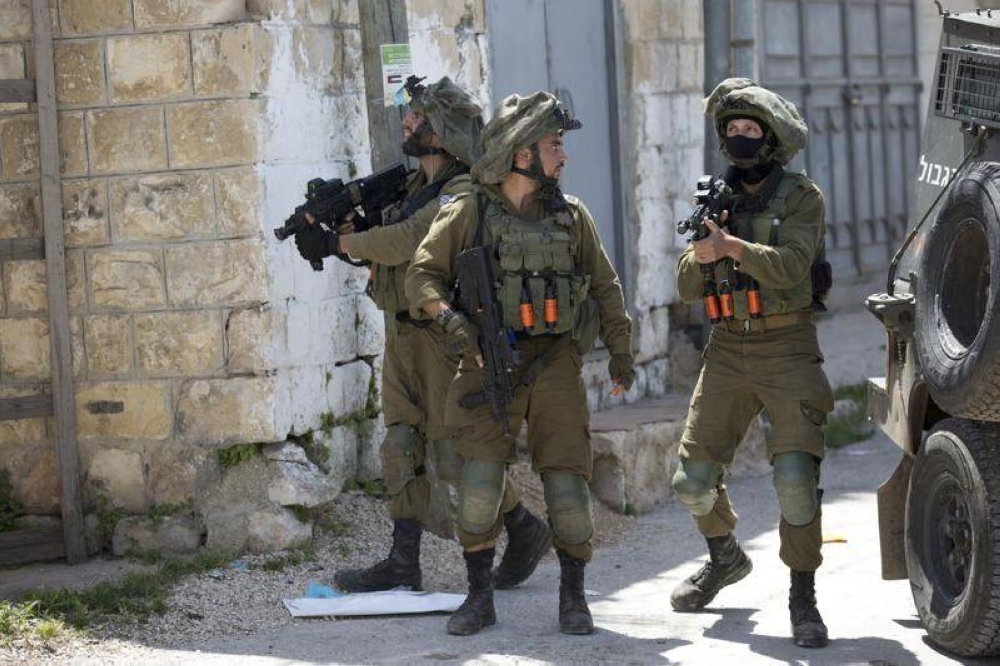 RAMALLAH: Dozens of Palestinian protestors were injured on Friday during clashes with Israeli soldiers near two cities in northern West Bank, medics and eyewitnesses said.

Palestinian medics said that at least 15 demonstrators were injured by rubber-coated metal gunshots and dozens suffered suffocation after they inhaled the teargas fired by the Israeli soldiers near Nablus and Qalqilya.

Palestinian eyewitnesses said the clashes broke out between dozens of demonstrators and Israeli soldiers after the Palestinians organized two weekly protests against recent Israeli settlement expansion and confiscation of lands in the West Bank.

They said that the clashes were fierce in the village of Beit Dajan east of Nablus, and that the Palestinians threw stones at the soldiers, who fired rubber gunshots and teargas canisters to disperse them.

Meanwhile, six other Palestinians were injured by rubber-coated metal gunshots fired by the Israeli soldiers during a protest in the village of Kafr Qaddum east of Qalqilya.

There has been no immediate response from the Israeli army near the two cities in the West Bank.

On Friday, the Palestinian Foreign Ministry said in a statement that the Palestinian people have the right to defend themselves and get their legitimate rights of self-determination and establish their independent Palestinian state on the 1967 border.

Israel has occupied the West Bank and East Jerusalem, which are claimed by the Palestinians, since the 1967 Middle East war.