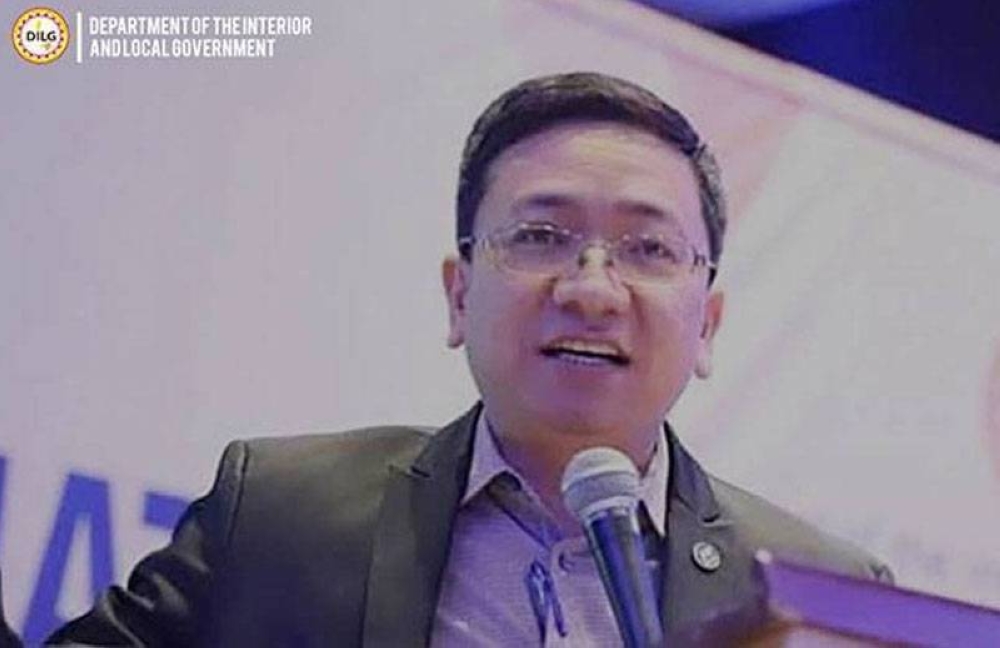 INTERIOR and Local Government Undersecretary Jonathan Malaya slammed as “irresponsible” statements by a lawmaker from the Makabayan bloc who dubbed the department’s directive urging all villages in the country to prepare an inventory of unvaccinated individuals as a “witch hunt” as it assured the Commission on Human Rights (CHR) that the program will never violate the individual’s right to privacy.

“To call the President’s directive, as well as the ordinances passed by the LGUs (local government units) as a witch hunt is completely irresponsible and uncalled for,” Malaya said in a statement.

Malaya said the order was “neither unconstitutional nor violative of a person’s right to privacy” as the data of the unvaccinated individuals that were being collated would be used for a “legitimate purpose” and that is to address the latest wave of Covid-19 infection under Alert Level 3.

He also slammed the statements of Makabayan bloc’s France Castro who said that the Department of the Interior and Local Government (DILG) is imposing a policy that is “unconstitutional and violative of a person’s right to privacy.”

The DILG official said the claims have no basis as the policy is within the bounds of Republic Act 10173 or the “Data Privacy Act of 2012” and RA 1332 or the “Mandatory Reporting of Notifiable Diseases and Health Events of Public Health Concern Act”.

He assured the CHR that the inventory will not be published or released to the public.

RA 11332 is related to RA 10173, which allows the processing of personal information for a legitimate purpose.

Malaya cited section 7 of RA 11332, which provides that the President shall declare a State of Public Health Emergency in the event of an epidemic of national and/or international concern which threatens national security to mobilize government and nongovernment agencies to respond to the threat.

In an email sent to The Manila Times, CDC Ph, which advocates for evidence-based medicine and human rights, called the resolution, the first issued by the MMDA this year, unconstitutional and particularly oppressive to the most vulnerable sectors of the Philippine society.

“This resolution flat out ignores the constitutionally-protected right of every Filipino to make independent, informed decisions that massively impact their health and the well-being of their loved ones,” said Dr. Homer Lim, president of CDC Ph.

Lim said there were no medical studies on adverse long-term side effects of the vaccines currently being administered throughout the country and as such, vaccinations ought to be voluntary and not government-mandated.

“Does the government have the authority to coerce its citizens to be injected with an experimental drug, without knowing the degree and severity of its long-term adverse effects?” Lim asked.

Meanwhile, Mari Kaimo, CDC Ph vice president, also criticized the MMDA resolution for imposing an additional financial burden on the poor, at a time when the incidence of poverty is at the highest rate in recent history.

“Asking the unvaccinated to shoulder the costs of testing every two weeks is an oppressive financial burden on individuals and families that are at their financial breaking point because of the economic impact of this pandemic,” Kaimo said.

Kaimo is referring to the provision in the MMDA resolution that requires the unvaccinated, “to undergo a reverse transcription polymerase chain reaction (RT-PCR) test every two weeks at their personal expense and present a Covid-19 negative result prior to being admitted for work onsite.”

But commuter group Pilipino Society and Development Advocates Commuter Consumer Inc. (Pasada) in an email to The Manila Times, lauded the government’s efforts in protecting the passengers of public transportation.

“Pasada as a legitimate commuter group welcomes the policy as set forth by the DoTr. We are always striving for safety for all,” Pasada founder and spokesman Ricky Rivera said.

The Department of Transportation had ordered the immediate implementation of the “no-vaccination, no ride/entry policy” in public transportation in Metro Manila, as the number of Covid-19 cases continued to increase at a fast-paced speed.

Transportation Secretary Arthur Tugade said that the policy is in line with the order of President Rodrigo Duterte to restrict the movement of people who are unvaccinated against Covid-19 in the country’s capital.

Tugade said the “no vaccination, no ride/entry” policy will be in effect for as long as the Alert Level 3 or even stricter protocols are in place.

Rivera urged both Health Secretary Francisco Duque 3rd and Interior Secretary Eduardo Año to further ramp up and double-time the government efforts in keeping the riding public safe from harm.

“We encourage the government, especially the department of health and the DILG to speed up vaccination efforts, enhance monitoring of vaxxed and unvaxxed people and strictly implement the no vax no entry policy in all establishments, not just transport or mobility,” Rivera said.