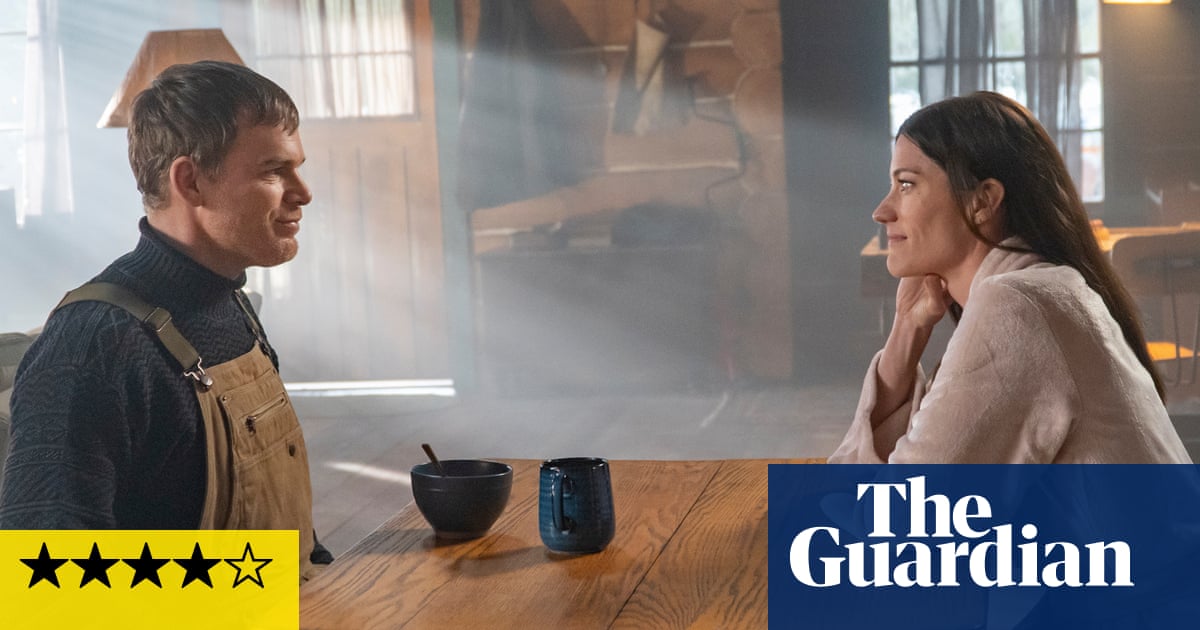 Well, the good news is that he’s shaved. When we last saw Dexter Morgan, it was 2013 and he was busy suffering through the very worst major television finale in living memory. Having killed his sister in an act of mercy, he had survived an apparently unsurvivable hurricane and made it to Oregon, living under an assumed identity, with what appeared to be three clumps of orangutan pubic clippings taped to his face.

But no more. The long awaited – if not exactly anticipated – reboot Dexter: New Blood (Sky Atlantic) is finally here, and our serial-killing antihero has a smooth face again. Better still, it has also given us a reason to look back on the Dexter finale with something approaching gratitude. If nothing else, it had the foresight to remove Dexter from the candy-coloured caricatures of Miami and hurl him somewhere new. This guaranteed any reboot a fresh start. And if ever any show needed a fresh start, it was Dexter.

New Blood has moved Dexter on from Oregon. Since we last saw him, he has made his way across the country to the frozen environs of Iron Lake in upstate New York, where he divides his time between being a trusted member of the small-town community and going all bandy-eyed with lust whenever he gets within 20ft of a knife. Ostensibly, Dexter is a changed man, who has refrained from killing anyone for almost a decade. But that isn’t to say that he has become more intelligent. Quite the opposite: he works in a gun shop and has a police officer for a girlfriend, which are the two dumbest choices that a retired serial killer could ever make.

It’s a lovely set-up he’s got going on. Dexter feeds his goats, goes ice-fishing and attends line-dancing nights at the local bar. But you don’t watch a show like Dexter to see well-adjusted people being pleasant to each other. No: you watch it because you want to be grubbily implicit in the worst impulses of terrible men. Naturally, the high point of the opening episode comes when Dexter’s resolve inevitably breaks and he goes out a-murderin’ again.

It’s here that Dexter: New Blood shows a little too much hesitancy. The joy of Dexter in its glory days was always finding the sweet spot between Dexter Morgan, the great guy who loves his family, and Dexter Morgan, the sicko who gets a pseudo-erotic kick out of taping people down and stabbing them to death. Perhaps they’re trying to ease us back in gently, but Dexter’s first choice of victim is less a person and more a crayon sketch. His mark takes drugs, has sex with strangers, hurts animals. He demonstrates callous disregard for gun control laws, mocks his friends and – it transpires – once killed a bunch of people in a boating accident. Worst of all, however – and brace yourself, for this is truly frightening – he has the temerity to work for Morgan Stanley. Dexter was just doing what anyone would have done, if they happened to be a sociopath trained in the art of murdering by a negligent parental figure.

Even so, there are plenty of signs that this new iteration is going to be worth sticking with. Dexter’s time off has made him sloppy, and you imagine that this season will be as much about him scrambling to cover his tracks as it is about him grinning and killing. His external conscience has also been given a nifty upgrade. Previously taking the form of his adoptive father – who appeared in ghost form dispensing tedious “live, laugh, love” homilies with punishing regularity – it is now his dead sister Debra who haunts him. She is a much more dynamic force – not least because she hasn’t fully forgiven her brother for offing her all those years ago. Few actors can scream with the panache of Jennifer Carpenter, and bringing her back is undoubtedly a smart move.

All in all, there’s a new baseline of competence to Dexter (courtesy of returning original showrunner Clyde Phillips) that will be refreshing to anyone who stuck out the original series to the bitter end. Unlike that show, New Blood has plenty of direction. It promises to tell a self-contained story, stripped of the flabby camp that came to define it, and to tell it well. This is a leaner, hungrier Dexter than we are used to, and it’s a little bit thrilling to have him back. Maybe I’m a glutton for punishment, but I’m all in.