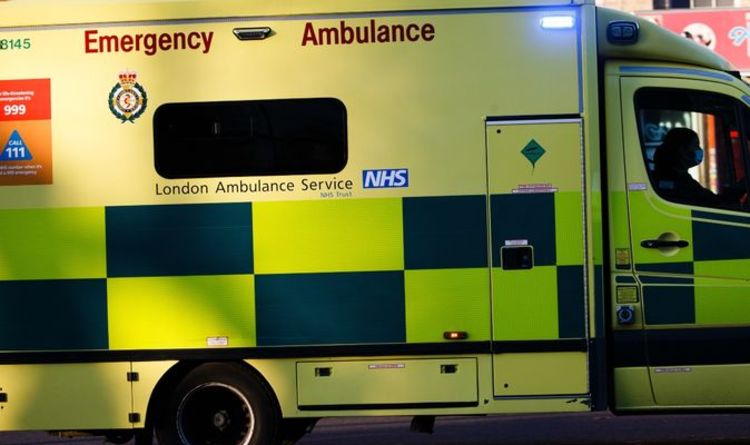 However, ministers have denied the claims they are attempting to ‘poach’ ambulance drivers. During the past few weeks petrol stations across the UK have run dry caused by a lack of tanker drivers, which triggered panic buying.

According to the Road Haulage Association the UK needs 100,000 more HGV drivers in order to make up for the shortage.

Letters have been sent to a million people including ambulance drivers, who are qualified to drive vehicles of up to 7.5 tonnes.

The issue of trying to move ambulance drivers into HGV driving was raised by Ciaran Martin, SNP councillor, who sits on Aberdeen City Council. He accused the government of “poaching” NHS staff.

He received a letter because he is training to become an ambulance technician.

He said: “If I’m receiving this letter then every other ambulance driver in the country will have too.

“The fact ambulance drivers are receiving this letter shows that the UK could face stark choices between health care, food and fuel over the coming months.

“We’ve made this country an unwelcome place to thousands of HGV drivers and we’re now forced to take such desperate measures as this.”

However, a spokesman for the Department of Transport responded: “We don’t want ambulance drivers to change jobs or to be diverted from their vital work saving lives.

“The letter was automatically sent to almost one million people with HGV driving licences.”

According to the Mail Online, ministers are urging nearly 40,000 retired hauliers to return to work. Transport secretary Grant Shapps has urged retired workers to get back to driving.

He said: “My appeal would be if you have an HGV licence, perhaps if you’re retired from the sector or found that you weren’t being paid enough to make it worthwhile, do take another look.”

The government has also offered 5,000 temporary visas for HGV drivers until Christmas to help alleviate the fuel crisis.

READ MORE: HGV drivers could see salaries up to £3,400 a month due to shortage

“We were still available for call-outs the whole time so if something came up we’d have to abandon our queue.”