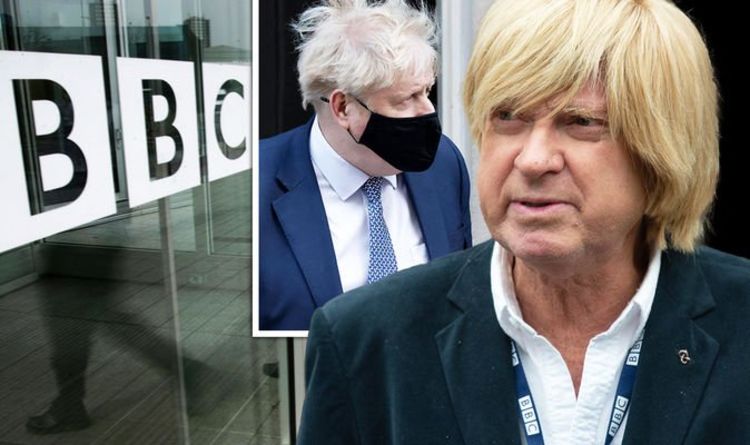 Michael Fabricant, MP for Lichfield, said the broadcaster’s “relentless” coverage formed part of an attempt to oust Boris Johnson. He claimed that “far fewer” people were calling for Mr Johnson’s resignation than “most campaigns”. Writing on Twitter this morning, the MP said: “BBC Radio 4 Bulletin leads this morning with a manufactured story of what some MPs have said to the BBC.

“This is not news reporting an event.

“This relentless news creation is a coup attempt against the Prime Minister.”

Previously, he tweeted: “I have had 31 identical emails from different people calling for Boris to resign and about 20 more from constituents with the same call but in their own words.

“Nevertheless I read all letters/emails carefully.”

Reacting on Twitter, he said: “The absolute state of British politics at the moment: here is an MP suggesting an attempted coup is underway in this country at the moment led by the media.

The latest poll from Savanta ComRes published earlier this week, which interviewed 1,040 UK adults on January 11 2022, showed that two-thirds (66 percent) of adults think that Boris Johnson should resign following the scandal.

This is an increase of 12 percent since their last poll at Christmas.

The polling showed 42 pecent of 2019 Tory voters agreeing that Mr Johnson should resign.

Mr Fabricant has recently been vocal in his defence of the Prime Minister, saying that the “context” of Downing Street rule-breaking is different from other UK workplaces.

Speaking on BBC News, the Lichfield MP added: “Boris and others felt sorry for people who are working long, long hours and they were simply spilling out from their own offices into a secure garden, which is an integral part of number 10 Downing Street.

“And you know what? I’d rather have a Prime Minister who felt for his staff and all those hard-working people than some cold fish who really couldn’t care a toss about them.”