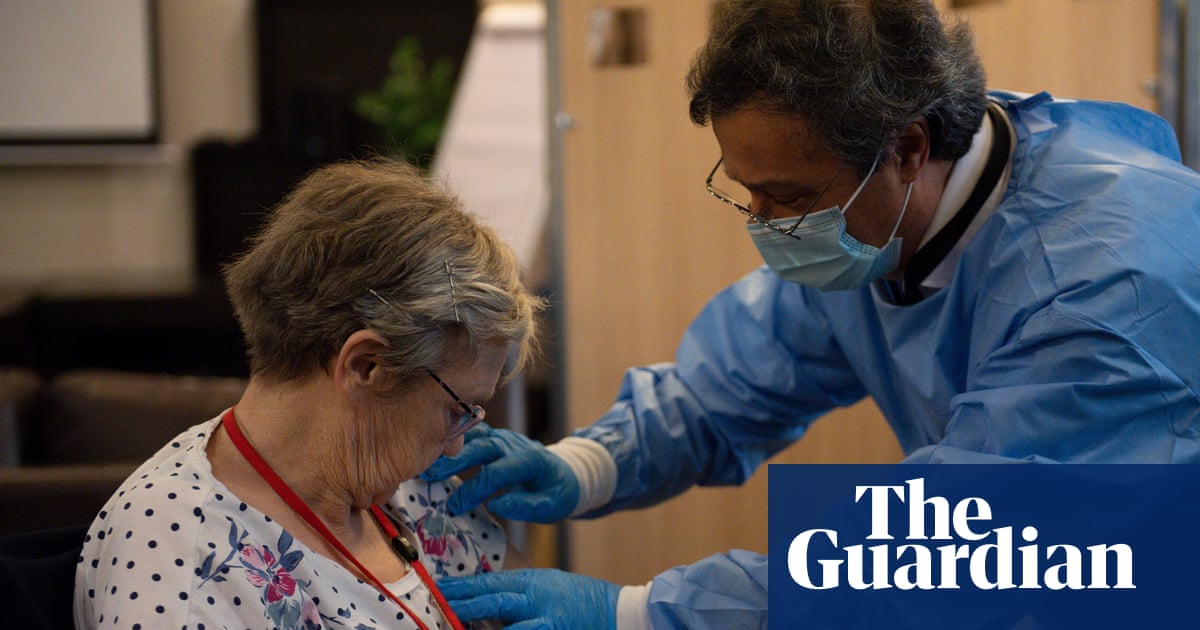 Immunity declines steeply among care home residents in the months after Covid vaccination, a study has found, leading to calls for regular boosters for the most vulnerable.

The study of more than 15,000 care home residents found that protection against hospitalisation and death fell by one-third three to seven months after vaccination. The decline is far sharper than that seen in younger people, where immunity against infection wanes, but protection against severe illness appears to be robust.

“What we’re seeing is that they are at increased risk of infection, hospitalisation and death as immunity wanes, and those increases look quite big,” said Prof Laura Shallcross, a public health expert at University College London and author of the paper. “That’s not good news at all.

“It suggests annual boosters in residents may not be enough,” she added.

From April, a second booster (fourth dose), is being offered to adults aged 75 and over and residents in care homes. Further boosters could be rolled out in the autumn, depending on advice from the Joint Committee on Vaccination and Immunisation (JCVI), the health secretary, Sajid Javid said this week.

The latest findings, which have been published as a preprint, could be influential in shaping this decision. They come from the Vivaldi study, funded by the UK Health Security Agency, which monitored Covid in staff and residents in 331 care homes across England from December 2020 to December 2021.

The trajectory looked very different in the 19,000 staff who were also tracked in the study. In staff, with an average age of 45, protection against infection fell just slightly from a 50% to 42% reduced risk after three months. There appeared to be no substantial waning in immunity against severe disease for staff, with very few hospitalisations occurring after vaccination.

Once the residents were given a booster, in the autumn, protection against hospitalisation was brought back up to 90% and against deaths to 98%. However, early data suggests that this protection fades in a similar way.

“Repeated booster jabs may be needed to protect elderly care home residents in future, as immunity wanes relatively quickly in this group following vaccination,” said Shallcross. “A booster every six months, based on our data, is not unreasonable.

In future, if Covid follows a seasonal pattern, it may make sense to give people an autumn booster ahead of a winter surge, as with flu, Shallcross added. But epidemiologists predict that Covid will not settle into a regular seasonal pattern in the next year or two, and there are likely to be erratic spring and summer waves of infection.

Shallcross said that while vaccine coverage in care homes was very good, there was a concern that elderly people in the community might underestimate their continued risk from Covid – in particular, in light of recent government messaging has emphasised the need to get back to normal. “People might think they’re protected and not get the next dose, but they might not be as protected as they think,” she said.

Prof Danny Altmann, an immunologist at Imperial College London who was not involved in the work, said the findings were important and that the emergence of the Omicron variant had underlined the need for further protection even in younger age groups. “It really supports the strong case for fourth boosts in over-75s, but in fact, as we’re seeing, most of the younger population likely need it just as much,” he said.

Ultimately, the hope is that a next generation of vaccines will produce much longer lasting immunity, meaning that repeated boosters will not be necessary, Altmann added.