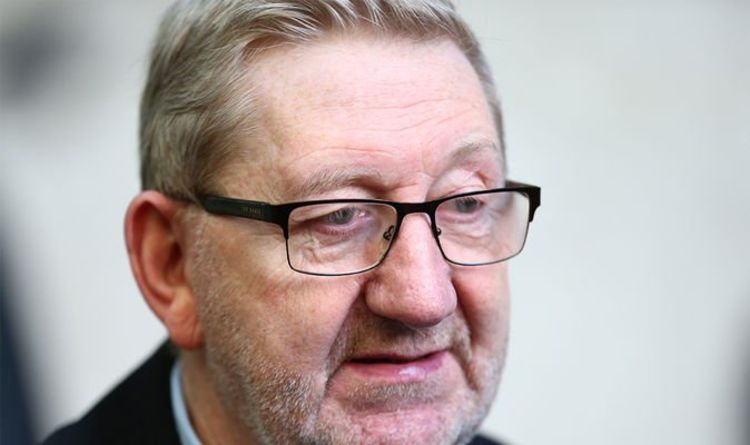 In his autobiography, due to be released later this month, the hard-left union baron accuses Sir Keir of being “dishonourable” and “wrongheaded”. And in a dire warning to the party, the life-long Labour affiliate warns the party’s leader faces the damning possibility of being seen as deceitful in the eyes of the public.

His scathing assessment of the Labour leader comes after months of frictions between the pair.

Mr McCluskey says he originally had a close working relationship with Sir Keir after he was elected leader.

However, he claims tensions arose last autumn after the leader backtracked on a deal brokered to see Jeremy Corbyn readmitted as a Labour MP.

Sir Keir’s predecessor was suspended from the party for a statement he made following the findings of an Equality and Human Rights Commission report into anti-Semitism.

It said that during Mr Corbyn’s time at the helm, the Labour party could have tackled antisemitism more effectively “if the leadership had chosen to do so”.

Responding to the report the Islington North MP said “one antisemite is one too many” but added the problem has been “dramatically overstated for political reasons”, leading to his suspension.

Mr McCluskey described the suspension as “a hot-headed act” and claims he started secret talks with Sir Keir’s office.

“I asked if there was a way to negotiate a settlement to avoid an internal war,” the former Unite leader wrote in the Guardian ahead of his book launch.

“Starmer replied that he didn’t want a war and was happy to talk about ways to reach a solution.

“He indicated that a clarification statement by Corbyn could be a way of resolving the issue.”

“Starmer reneged on our deal. He withdrew the Labour whip from Corbyn, leaving him in the absurd situation of being an MP and a Labour member, but not a Labour MP,” Mr McCluskey wrote.

“At no time in my discussions had this eventuality been mentioned.

“The objective of both sides had been to bring matters back to normal.”

He added: “I’m a trade unionist. The one thing you never do is renege on a deal you’ve negotiated.”

The new details revealed by Mr McCluskey risk ripping open the already considerable gulf between the leadership and the left-wing of the party.

Corbynites have become increasingly angry at the direction of the party under Sir Keir.

They accused the leadership of being too busy fighting internal battles rather than unifying the party to win the next election.

“If he is not careful, he risks becoming fixed in the public’s mind as someone who can’t be trusted,” Mr McCluskey warned.

“He squandered the goodwill that greeted his arrival as Labour leader, opting for internal war rather than unity.”