Skip to content
HomeNews‘Complete embarrassment!’ Biden mocked as POTUS calls Aussie PM ‘that fella down under’ 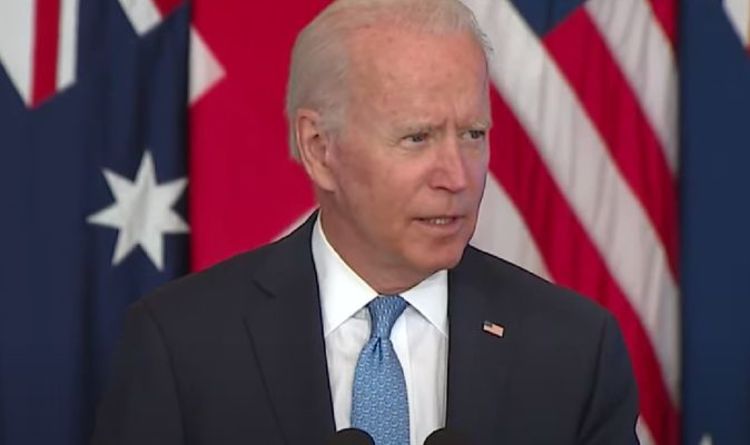 President Biden has been brutally mocked on social media after appearing to forget the name of the Australian Prime Minister during a joint UK, Australian, and US security conference. Boris Johnson and Scott Morrison had joined the US President for an unprecedented press conference on new security cooperation when Mr Biden made the gaffe.

Mr Biden thanked the Prime Minister for his introduction saying: “Thank you Boris.”

He then turned to Mr Morrison and said: “I what to thank…uh…that fella down under.”

“Thank you very much pal,” added the President.

Another, Kirstin Ferguson wrote: “Surely ‘That fella Down Under’ is the equivalent of running into someone in the pub whose name you can’t remember and can only come up with ‘Maate’.”

“Biden is a complete embarrassment,” wrote someone else.

Meanwhile, Conservative commentator Darren Grime expressed his dismay by tweeting”Honestly” along with the head in hands emoji.