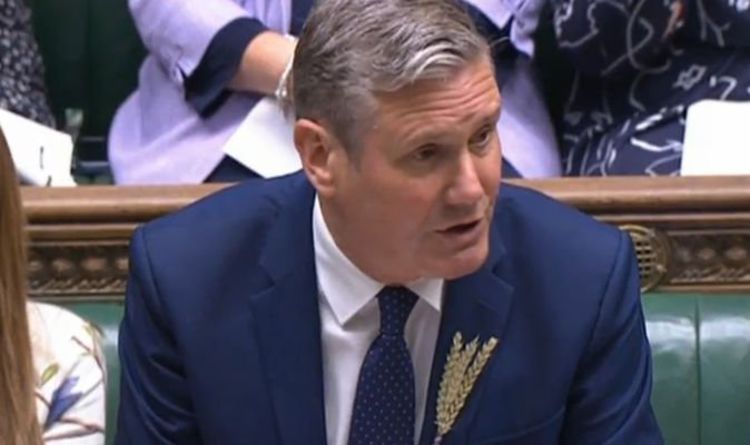 Sir Keir Starmer is tonight forcing a vote on the Government’s decision to end the Universal Credit uplift of £20. The extra money was introduced to help support families during the coronavirus pandemic.

MPs will vote on a motion calling on the Government to scrap its plans.

It asks the Government to cancel the planned cut which will reduce support for families by up to £1,040 per year.

However, the Cabinet reshuffle has shifted attention in Westminster away from the debate.

A Labour Party spokesperson said: “I think it speaks to the Government’s warped priorities that they have a chance to cancel their cut to Universal Credit that will affect millions of families across the country.

“We would expect them to vote on the motion that will impact peoples’ lives.”

The Prime Minister will speak to ministers being axed in the House of Commons office early this afternoon.

By speaking to them in Parliament he will save them the humiliation of being sacked after publicly walking up Downing Street.

Mid-afternoon, those set for a sideways move or a promotion will be invited to No10 to be given the good news.

The reshuffle is expected to last a number of hours and could even extend into tomorrow when more junior ministers could be moved.

Ministers have defended the termination of the uplift, which will be phased out from the end of the month.

They point to the fact it was only ever designed to be a temporary response to the pandemic.

A Government spokesman said: “Universal Credit will continue to provide a vital safety net for those both in and out of work and it’s right that the Government should focus on our Plan for Jobs, supporting people back into work and supporting those already employed to progress and earn more.”