Skip to content
HomeNewsCamilla ‘frankly terrified’ to take on ‘cherished’ role of much missed, late father-in-law 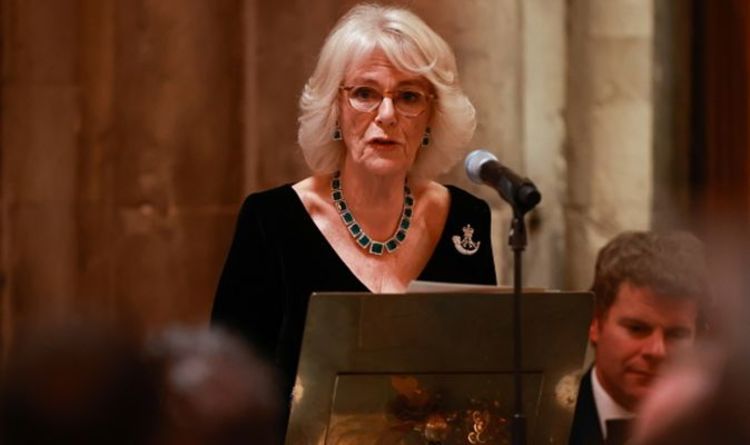 Camilla gave a speech during the biennial Rifles Awards Dinner at the City of London Guildhall on Wednesday evening. The Duchess of Cornwall was named Colonel-in-Chief of the Rifles after the role was transferred from Prince Philip in July, 2020.

The role had previously been held by Prince Philip for nearly seven decades.

Prince Philip sadly died at the age of 99 in April of this year just a few months before his 100th birthday.

Philip was Colonel-in-Chief of the successive regiments that made up the Rifles since the year of the Queen’s coronation in 1953.

Camilla was joined by the Countess of Wessex, the Duke of Kent and Princess Alexandra and the Duke and Duchess of Gloucester.

They are all Royal Colonels of Battalions with the Rifles.

Speaking to guests about serving as the new Colonel-in-Chief, the Duchess of Cornwall said:
“Your Royal Highnesses, Your Excellencies, Riflemen, ladies and gentlemen, it is a huge pleasure to join you all this evening, for the first time as your proud Colonel-in-Chief.

“To step into the boots of my dear, much missed, late father-in-law, The Duke of Edinburgh, is quite frankly terrifying.

READ MORE: Duchess of Cambridge goes back to school in latest royal engagement

The Rifles are the largest infantry regiment in the British Army.