Skip to content
HomeNewsCabinet reshuffle: The 3 jobs at risk and the potential replacements 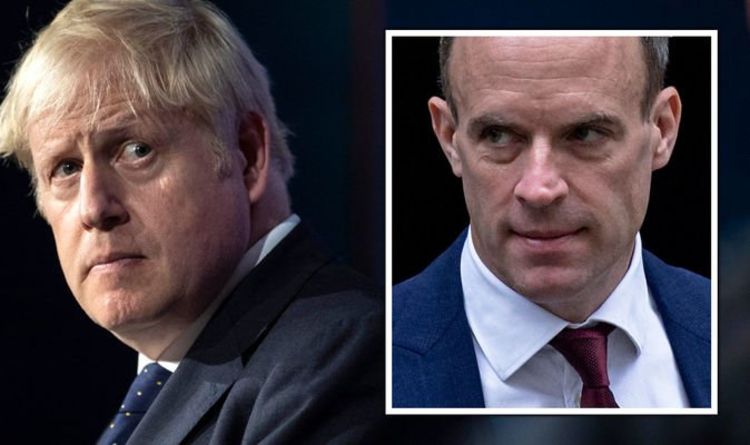 Boris Johnson is reportedly preparing for a shake-up of his top team following Prime Minister’s Questions today. A number of Cabinet ministers could be on the chopping block in the coming days as the Prime Minister dramatically rearranges his front bench after a number of Government scandals throughout the coronavirus pandemic. So who’s at risk of losing their job and who is likely to be promoted?

According to Whitehall officials, a number of Cabinet ministers feel unsafe in their positions.

Last week officials rushed to prepare briefings for new secretaries of state while some ministers — and backbenchers looking for a promotion — cleared their diaries.

Who is at risk?

Several members of Mr Johnson’s top team – including some of the four great offices of state – are potentially on the chopping block.

Foreign Secretary Dominic Raab could be facing the axe following his disastrous handling of the Afghanistan situation.

He also failed to return from his holiday in Crete as Kabul fell to the Taliban, and the foreign office’s decision to move out many of its staff early in the crisis has been viewed as inexcusable by a number of top players in Downing Street.

It is thought Mr Raab could be demoted to either the Ministry of Defence, Justice Secretary, or to become the Chancellor of the Duchy of Lancaster – although the former seems more likely at this stage as Mr Raab is not part of Mr Johnson’s inner circle of Tory allies.

Elsewhere, Education Secretary Gavin Williamson, who has faced the wrath of the public several times in his tenure, could also be on his way out of the Cabinet this afternoon.

Home Secretary Priti Patel is also said to be vulnerable in the proceedings.

Ms Patel has face criticism for her handling of migrant boats coming from France in recent months.

“Boris likes her. He could move Dom to the role of justice secretary but it has to be handled carefully.”

Michael Gove is another close Johnson ally who could move into one of the top spots.

If Mr Gove moves into Mr Raab’s position, Liz Truss could take up the mantle of Home Secretary.