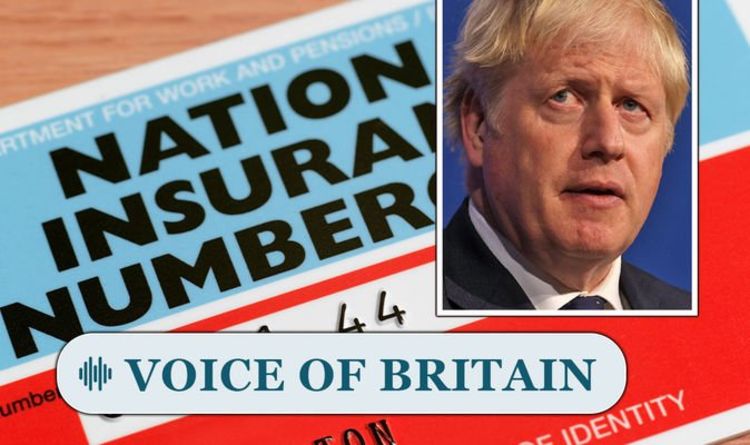 New polling data produced by YouGov revealed that the leader of the opposition, Sir Keir Starmer, has a higher approval rate than the Prime Minister after the public have been hit by tax increases and pension inflation cuts. Data collected by Express.co.uk has confirmed that the British public are more likely to vote against the Conservatives at the ballot box.

One voter, username 1955 girl, said Boris “does not look after the people that vote for him” adding that “he needs to go now”, whilst another voter, username Voice for logic, dubbed him the “King of liars”.

From April next year, National Insurance will increase by 1.25 percent, the highest rise since records began.

This decision, made by the Tory government, broke a manifesto pledge not to raise income taxes and has been described as “un-Conservative”.

The £12billion expected to be brought in by the tax hike will be spent on clearing NHS waiting lists in the first three years and then reforming the UK’s social care system.

Politicians and members of the public have criticised the National Insurance rise as a move to tax ordinary families and pensioners who already struggle to make ends meet, rather than taxing wealthy corporations and millionaires.

An Express reader, username Yorkman, joked: “I have an idea, let’s tax the poor so Boris and his rich pals can keep their money.”

During PMQs, Sir Keir furiously argued against the rise in National Insurance.

He said: “We do need to ask those with the broadest shoulders to pay more, and that does include asking much more of wealthier people including income from stocks, from shares, from dividends and from property.

“Instead, the Government is placing the primary burden on working people and businesses struggling to get by.”

But Britons have described the Tories move to scrap the triple lock as a ‘kick in the teeth’ made even worse by the decision to force earning pensioners to pay National Insurance.

One reader, CHiPs, said: “Boris has just P****d off 12 million pensioners and the red wall who would normally vote Labour.”

Another reader, Siwn, said: “I was more than happy to give Boris Johnson a chance when he took over from the wishy-washy Theresa May.

“Sadly, he is proving to be an even bigger failure… he has not respected one of his promises.”

Do you agree? Let us know in the comment section.

Get comprehensive coverage from our insiders on the latest Brexit developments and news from Number 10. Sign up for the free politics newsletter here: /newsletter-preference-centre