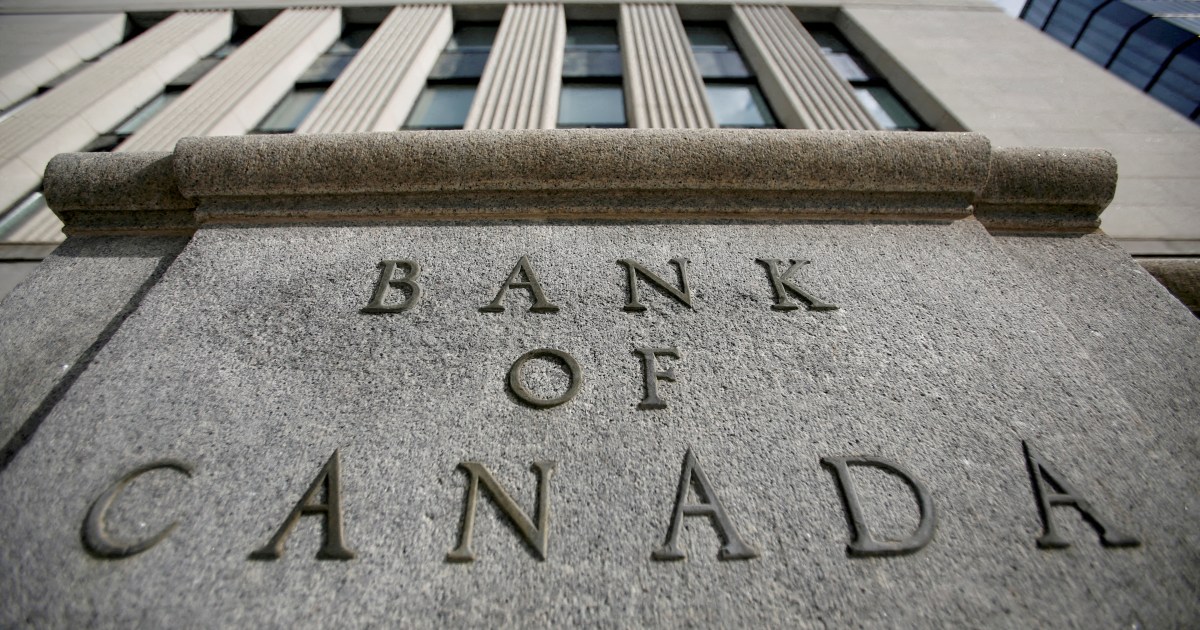 Increase of 0.5 percent, the biggest single move in more than 20 years, comes amid rising inflation tied to Ukraine war.

The Bank of Canada has raised interest rates by half a percentage point – its biggest single move in more than two decades – and promised more increases to fight soaring inflation that is being driven in part by the war in Ukraine.

The central bank on Wednesday raised its benchmark overnight rate to 1 percent from 0.5 percent.

It also said it would allow government bonds it amassed during the COVID-19 pandemic to roll off as they mature, beginning what is known as quantitative tightening.

Both moves were in line with analyst expectations. The Bank of Canada last raised by 50 basis points (bps) in May 2000. In remarks after the announcement, Governor Tiff Macklem said more rate increases would be needed.

“We are committed to using our policy interest rate to return inflation to target and will do so forcefully if needed,” Macklem said. The Bank said there was “an increasing risk” that inflation expectations “could become entrenched”.

The Canadian dollar hovered around 1.2660, down 0.1 percent on the day, after the rate announcement.

“Given the mountainous task at hand in terms of addressing inflation … some very aggressive actions were warranted,” said Doug Porter, chief economist at BMO Capital Markets. “It certainly looks like there’s a solid possibility that [the Bank] follow this up with another 50-basis-point increase in June.”

The Reserve Bank of New Zealand (RBNZ) also increased rates by 50 bps to 1.50 percent on Wednesday, and the US Federal Reserve was expected to deliver two back-to-back half-point interest rate increases in May and June as central banks seek to tackle runaway inflation.

On Wednesday, the Bank of Canada lifted its inflation forecast for the first half of the year to just below 6 percent compared with the 5 percent predicted in January.

It also raised the forecast for 2022 to 5.3 percent from 4.2 percent, blaming Russia’s invasion of Ukraine for adding to global commodity prices, energy costs and supply chain disruptions.

Inflation hit a 30-year high of 5.7 percent in February, its 11th consecutive month above the Bank of Canada’s 1 to 3 percent range. The Bank last month raised rates for the first time in three years, increasing them to 0.5 percent from a record-low 0.25 percent.

It also updated its growth outlook, saying the economy would grow at a scorching 6 percent annualised rate in the second quarter, double the pace of the first, driven by consumer spending.

“A broad set of measures suggests that economic slack has been absorbed and that the economy is starting to operate beyond its productive capacity,” the April Monetary Policy Report said.

The Bank had signalled it would act “forcefully” to tackle red-hot inflation and Macklem, last month, left the door open for a 50-bps rise.

The next interest rate announcement will be on June 1.