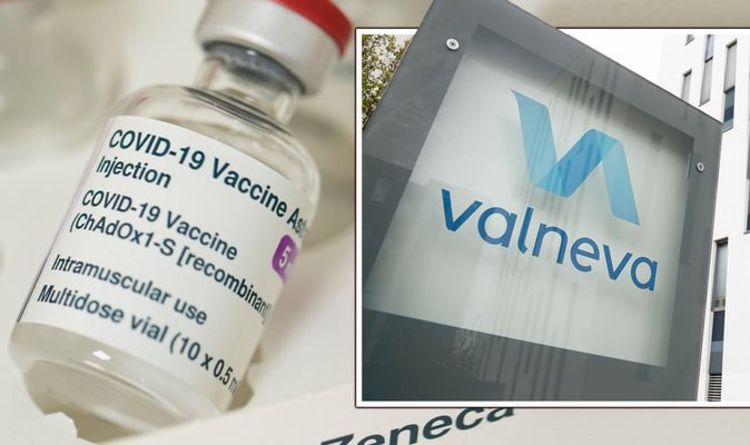 The UK’s decision to terminate its contract with Valneva comes after the Financial Times reported that a recent British trial looking at Valneva as a potential booster jab found it to be less effective than some rivals. The French Ministry of the Economy immediately leapt to the vaccine maker’s defence and stated that the company could have a positive future within the bloc instead. The French ministry said: “On the European side, the negotiations conducted by the Commission on this contract continue for deliveries in 2022.”

The Valneva company said they now “have the will to continue” negotiations with the EU on the distribution of the vaccine in the bloc.

Valneva is partly based in France and its vaccine is still in the clinical trials stage.

However, the company signed a contract with the British Government, to deliver 100 million doses in the event of positive results.

But the UK’s termination of the contract to distribute the vaccine in Britain is a big blow for the pharmaceutical company because it was its only confirmed order to date.

The stock value of the company lost 40 percent after this announcement.

In response the French government said that “on the European side, the negotiations conducted by the Commission on this contract continue for deliveries in 2022”.

Now, several European countries, including France, are relying on this vaccine to “diversify” vaccine coverage in the nation.

The vaccine uses an inactivated virus, a technique that is currently approved in the EU.

READ MORE: The stories of horror as red list travellers locked away ‘illegally’

Mr Sajid was replying to Scottish National Party MP Hannah Bardell, whose constituency is Livingston where a Valneva vaccine was to be situated.

Mr Sajid said: “Obviously she is not recommending that we administer vaccines that do not get approval.”

He added that the Livingston vaccine facility was “very important” to the UK and Scottish governments.

He said: “That is something that we will be working together on to see what more we can do.”