Health Ministry officials have reportedly dropped their demand for additional COVID restrictions on the public, amid a steady decline in serious morbidity.

The high-level coronavirus cabinet is set to convene on Sunday for the first time in over a month. The Health Ministry, which in recent weeks had been pushing for more caps on gatherings, is walking back its plans to advocate for additional health regulations, the Kan public broadcaster reported on Saturday night.

The meeting will instead focus on coronavirus restrictions in schools, and the new Green Pass eligibility rules which go into effect on Sunday.

Sunday’s coronavirus cabinet meeting comes after a public spat between Prime Minister Naftali Bennett and health officials over the imposition of new restrictions, which the premier opposes. In a briefing with Israeli journalists in New York, Bennett accused the medical experts advising the government of “not seeing the full picture” and stressed that they don’t make the final decisions — the government does.

Bennett met with the top health officials on Thursday, and they released a joint message which appeared to mark an end to the feud. The Kan public broadcaster reported on Friday that the sides also agreed to release future information regarding COVID policy through joint statements. 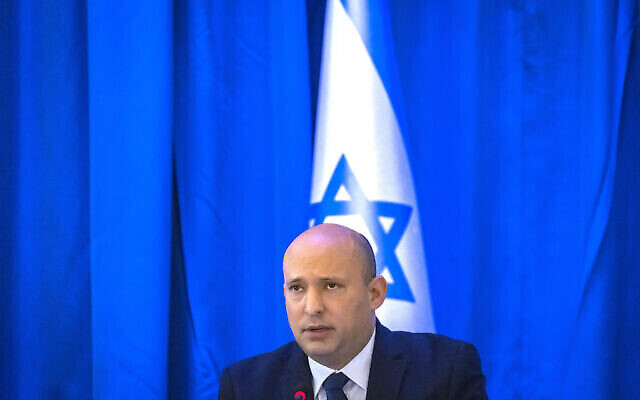 On Saturday, Bennett said that it was “still too early to celebrate” amid signs that the current wave of COVID-19 is waning.

“We are at a critical stage,” the premier said in a statement, with the reopening of the education system and the intention to end large-scale quarantines and move to a model of extensive testing and the quarantine of verified cases only.

“It is precisely now that we must be strict about the Green Pass, be careful and not become complacent,” he added, calling on all those who are not fully vaccinated to do so as soon as possible.

“The vaccine saves lives, and the extent of the country’s vaccination is what allows it to remain open and functioning.”

New Green Pass rules take effect on Sunday, with nearly 2 million Israelis set to lose their passes under the updated immunity guidelines, due to not being vaccinated with a COVID-19 booster shot.

At the same time, police will step up enforcement of the proof of vaccine document at gatherings and venues in cities with high rates of infection. 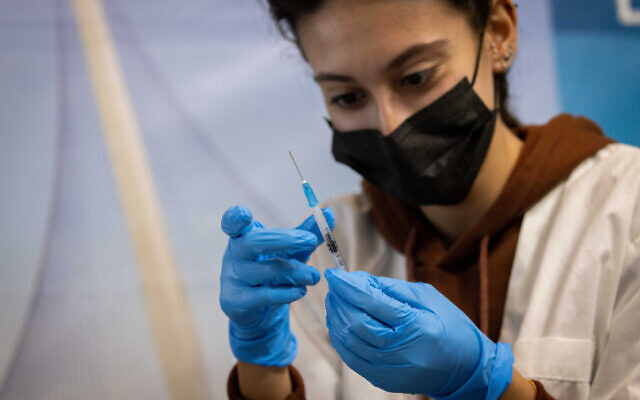 Health worker prepares a COVID-19 vaccine at a vaccination center in Jerusalem, on September 30, 2021. (Yonatan Sindel/Flash90)

Israel — the first country to officially offer a third dose — began its COVID-19 booster campaign on August 1, initially rolling it out to those over the age of 60. It then gradually dropped the eligibility age, eventually expanding it to everyone aged 12 and up who received the second shot at least five months ago.

Starting on Sunday, the Green Pass will be valid for six months since a person’s last shot. All existing Green Passes will be voided and all Israelis must receive new ones through the Health Ministry’s website or app (the new passes became available on Saturday night after midnight).

The pass is only valid from one week after receiving the last required dose. The document, held by those who are vaccinated or have recovered from COVID-19, enables access to many public places and events, including restaurants and museums.

A temporary Green Pass can also be obtained through a negative virus test, which must be paid for unless the individual is not eligible for vaccination.

As the new, more restrictive regulations come into effect, Israel continues to show signs it is coming out of its fourth COVID-19 wave. On Friday, the number of Israelis hospitalized in serious condition due to COVID-19 dropped below 600 for the first time since August 17, according to figures from the Health Ministry. 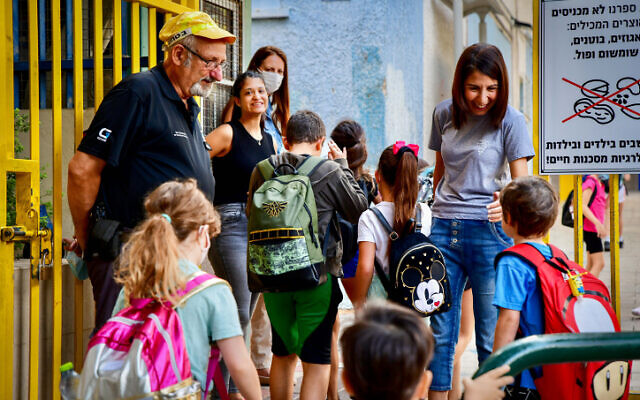 Young students arrive for their first day of school after the holidays, at Gabrieli School in Tel Aviv, on September 30, 2021. (Avshalom Sassoni/Flash90)

The new number of serious cases stood at 586. Of those patients, 422 were unvaccinated, 108 received only two of the three vaccine doses, and 37 patients had received all three shots.

Health Ministry Director-General Ash said on Friday that Israel appeared to be nearing the end of the virus wave that began in late June.

“I believe we’re on the road to a real drop [in infection], but we’ll see it in the next few days,” Ash told Radio 103FM. “I believe the fourth wave is coming to an end.” 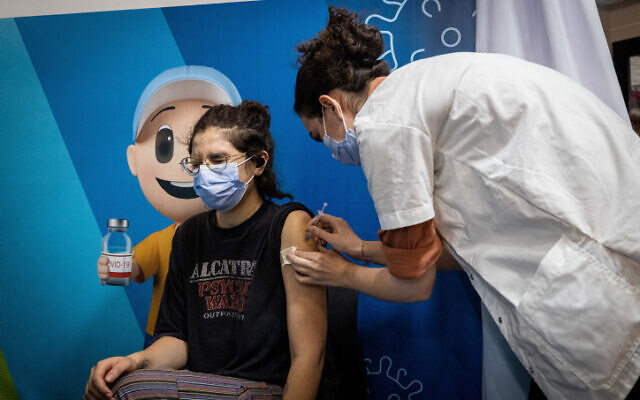 However, he noted that with the reopening of schools after a break for the Jewish holidays, infection rates could rise again. “It’s hard to predict, and it’s definitely one of our concerns for the coming weeks,” he said.

Also on Friday, government figures placed the basic reproduction rate of the virus, which measures transmission, at 0.72. The figure measures how many people, on average, every virus-positive person infects. Any number over 1 indicates infections are rising, while a figure below that level signals that an outbreak is abating.