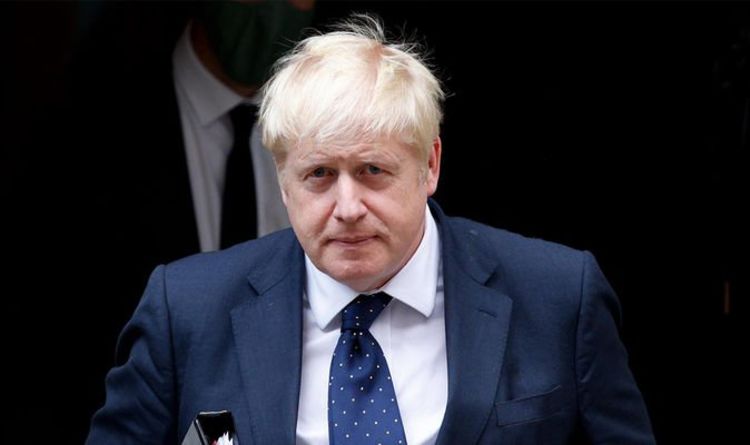 On Tuesday, Lord Frost announced a number of border controls due to be imposed will not be introduced until January at the earliest. It is the second time the UK has pushed back the timetable for implementing the customs checks.

Lord Frost said the pandemic was having an adverse impact on businesses in the UK and the EU and delays the new checks would give firms longer to prepare for the new system.

“The pandemic has had longer-lasting impacts on businesses, both in the UK and in the European Union, than many observers expected in March,” he said.

“There are also pressures on global supply chains, caused by a wide range of factors including the pandemic and the increased costs of global freight transport.

“These pressures are being especially felt in the agri-food sector.”

The delays mean EU businesses exporting to the UK are able to do so with minimal checks at the border.

However, UK firms have complained about burdensome red tape being imposed by the EU when they send their goods to the continent.

Tory MPs have criticised the Government for the delays, warning there must be no further extension to the one announced yesterday.

David Jones, deputy leader of the eurosceptic European Research Group, told Express.co.uk: “Imposing the checks provides an incentive for the EU not to be overly bureaucratic with our exports.

“Clearly we’ve been getting exporters complaining about excessive bureaucracy and yet we’re giving EU firms free access to this country.

“It can’t continue. It’s not a level playing field.

“We have to arrive at the point when checks are applied as they will have to continue to be,” they said.

“This must be the final extension.”

Some business leaders have also reacted angrily to the delays.

Ian Wright, the chief executive of the Food and Drink Federation, said: “It actually helps the UK’s competitors.

“The asymmetric nature of border controls facing exports and imports distorts the market and places many UK producers at a competitive disadvantage with EU producers.”

Minette Batters, the head of the National Farmers Union, said: “While our exporters have been struggling with additional costs and burdens, EU competitors have been given extended grace periods by our own Government to maintain access to the UK market relatively burden free.”

However, the British Chambers of Commerce welcomed the move, saying it would ensure an “orderly transition that does not unduly disrupt trade”.

The Confederation of British Industry added it would “relieve pressure on supply chains”.