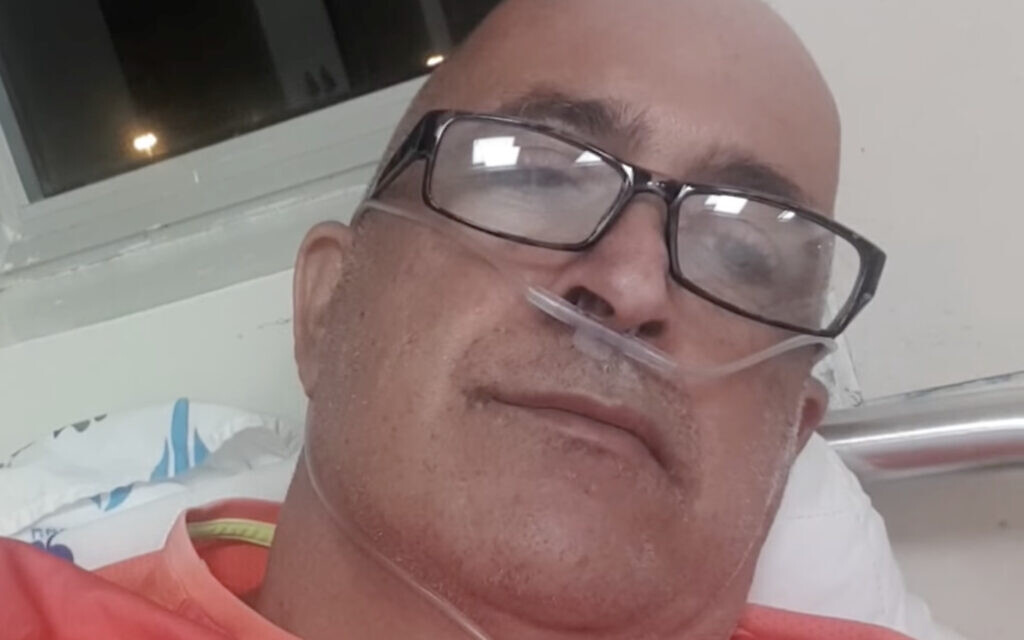 A vocal opponent of vaccines against the coronavirus who died in September of COVID-19 received advice from doctors not to take life-saving treatment, according to a Sunday television report.

Hai Shoulian, 57, who remained defiantly opposed to vaccines until his death, was in contact with several doctors while he was hospitalized with a severe case of COVID-19, Channel 12 news reported.

According to an internal Health Ministry document, Shaulian was advised to receive different treatment than what the doctors at the hospital where he was being treated had prescribed.

The document, which summarized a probe by the ministry’s Committee for Prevention of Misleading the Public in Health Product Advertising, noted that the doctors’ advice may have harmed Shoulian, and contributed to the worsening of his condition.

The doctors, reported to have been acquainted with Shoulian, also advised him not to get vaccinated, according to the network.

“These doctors are among the leaders of the anti-vaccination movement… and now it has ramped up — they actively and in real-time intervened in the care of a patient who listened to their advice and was not vaccinated,” the document read, according to Channel 12.

“It is possible that these actions even caused harm to the point of death for the patient, who relied on their advice,” the committee wrote.

Channel 12 named some of the doctors as Avshalom Carmel, Michal Haran, and Arieh Avni, the latter of whom had his medical license revoked after he reportedly forged virus immunization certificates.

In a Facebook post shortly before his death that included a photo of him hooked up to an oxygen concentrator, Shoulian said, “The situation is most critical. I’m incapable of speaking or responding to people. I have no oxygen and am unable to stabilize.”

Shoulian said he believed that, “with God’s help,” he would recover in two to three weeks and railed at the government’s Green Pass system, which limits entry to many venues and events to those who are vaccinated, recovered from COVID, or who present a negative coronavirus test result.

In a video, Shoulian claimed police tried to poison him after he was arrested during a recent protest against the Green Pass.

“I’m telling you, this is an attempt to wipe me out and if something happens to me know that’s exactly what happened,” he said.

Following his death, other opponents of the coronavirus vaccines made similar unfounded claims about his death, with numerous Facebook users writing on his final post that he was murdered.