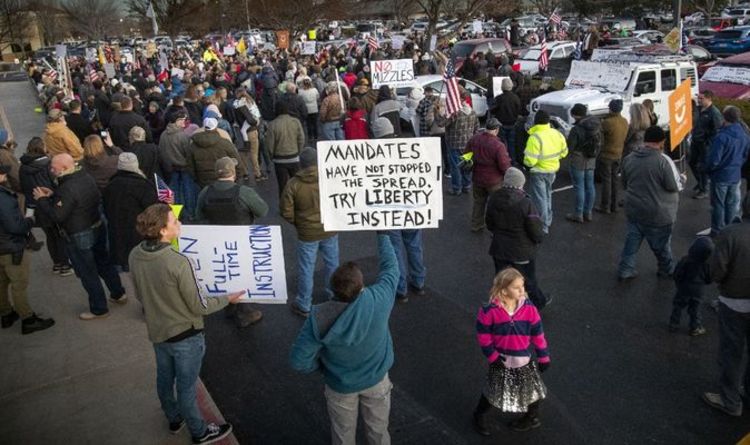 Far-right group Idaho Liberty Dogs, who regularly attend protests in militia style clothing and often come heavily armed were seen at the event and had promoted the “Unwelcoming of Joe Biden in Boise” protest.

Many protesters could also be seen carried expletive-laden signs and some were waving American flags hung upside down to show their distress.

Several prominent Republicans have spoken out against the President’s vaccine mandate, including Asa Hutchinson, the governor of Arkansas.