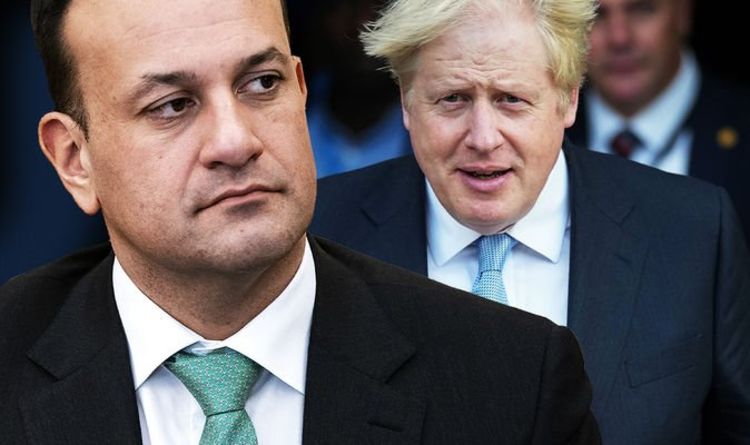 The deputy prime minister of Ireland questioned whether countries could trust the UK during negotiations. Following his comments, former deputy chairman of the Northern Ireland Conservative and Union Party, Gary Hynds, claimed Mr Varadkar had done “damage” to UK-Ireland relations. He said in a tweet: “The damage Leo Varadkar has done and continues to do to relations between the United Kingdom and Republic of Ireland should not be underestimated.

“He is an absolute disgrace.”

After former adviser to the Prime Minister, Dominic Cummings, said the UK had always intended to renegotiate the Northern Ireland Protocol, Mr Varadkar claimed the comments had been “alarming”.

He also questioned how, if the comments are true, the UK Government could be trusted during future trade negotiations.

Mr Varadkar told RTE: “Those comments are very alarming because that would indicate that this is a government, an administration, that acted in bad faith and that message needs to be heard around the world.

“If the British government doesn’t honour its agreements, it doesn’t adhere to treaties it signs, that must apply to everyone else too.

“And you shouldn’t make any agreements with them until such time as you’re confident that they keep their promises, and honour things, for example, like the Protocol.”

In a bombshell revelation, Mr Cummings claimed the UK Government had always intended to “ditch” the Protocol.

JUST IN: Brexit LIVE: We should play hardball! EU splintering as fury erupts

He added: “None what I’ve said does NOT mean ‘the PM was lying in GE2019’, he never had a scooby-doo what the deal he signed meant.

“He never understood what leaving Customs Union meant until 11/20.

“We had clear goals and prioritised.

Away from his comments, the EU Commission has presented a raft of measures to reduce checks on goods moving between Great Britain and Northern Ireland.