In a recent media launch, incumbent Camarines Sur Vice Governor Imelda Papin (also current president of the Actors Guild of the Philippines), and daughter Maffi Papin Carrion were respectively crowned back-to-back with the title “Woman Ambassador of the World 2021.”

According to pageant organizer Ovette Ricalde aka “Mother of All Pageants,” said mother and daughter have been chosen as the country’s representatives-contestants to the forthcoming international tilt where they will compete as one in winning the title “Woman Of The World 2022.” 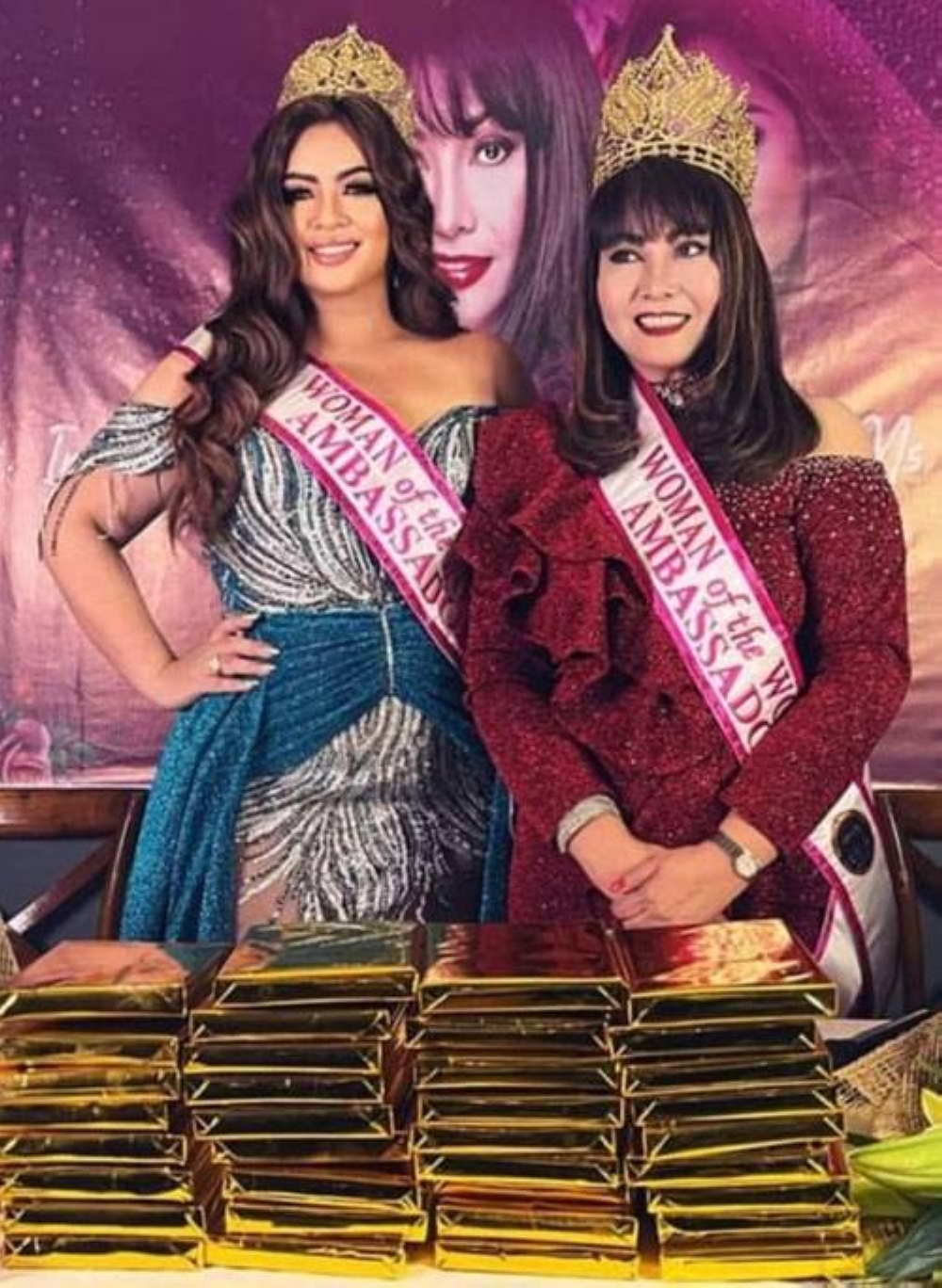 Prior to the Q&A portion Imelda had to gamely give in to the furious demands from the media for her immortal signature songs like “Tukso,” “Isang Linggong Pag-ibig,” etc.

The unchallenged “Asia’s Sentimental Songstress,” and “Philippines’ Jukebox Queen” for 47 years would be joined by younger sister Aileen Papin, a recording artist in her own right. Incidentally, she is running for the board in the 3rd district of Camarines Sur under the BBM-SARA political party where Imelda this time is fielding her candidacy for a gubernatorial post.

Aileen came very much prepared with the back-up of niece Jessica Biel Papin, nephews Borghie Papin, and Zachary, teenage son of the late Bong Carrion who is an equally gifted singer. For a bit of trivia, father Bong had a brief career in showbiz as a recording artist-producer. He recorded a duet with wife Imelda titled “One Life To Live” (available on YouTube) before he became Governor of Marinduque Province.

In any case, the singing family sang together almost impromptu a wallop of spirited gig numbers that wired-up the nostalgic audience almost no end to the Season’s festivity.

The Vice Governor and Maffi breezed through the open forum like your usual admirable professional advocates of beauty with substance and sense of purpose, social commitment, etc. Imelda apparently has had more than relevant advocacies in this direction for several years as public servant so to speak.

In hindsight, Imelda has been undefeated for three terms in her current position since 1998. This even won for her two-time Most Outstanding Vice Governor of the Philippines. 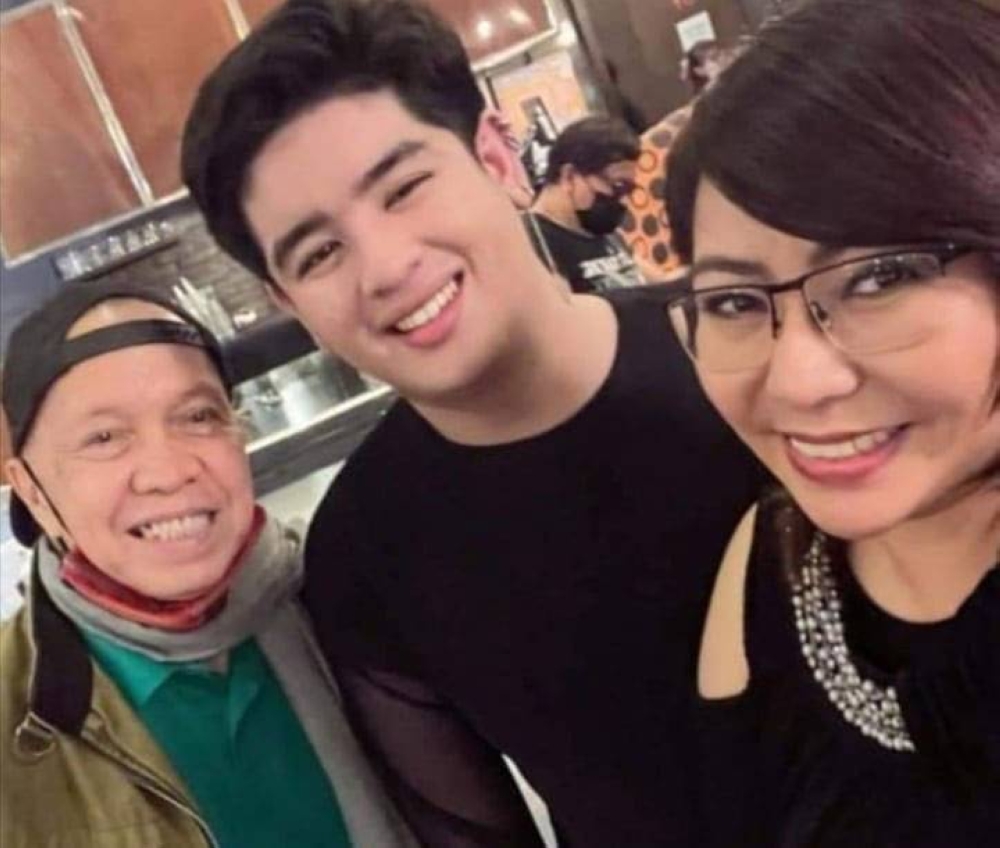 Maffi, on the other hand, former member of German Moreno’s “That’s Entertainment,” has to stand-up for the several beauty titles, local and international, that she earned in the past, such as “Eagles Eco Tourism Global Queen USA 2020;” “Noble Queen of the Universe Philippines Bicol 2019;” “Philippines Best Dressed Queen 2020;” “Iconic Woman Award by SDL UAE;” “Tingong ng Kababaihan (Voice of the Women) of Camarines Sur,” etc.

All the while, both mother and daughter were snugly seated at the presidential table while parrying questions; they were foregrounded by fresh bouquets and a mound of small give-away rectangular boxes that sparkled like Marcos’ symbolic gold bars, etc.

Midway through the heated Q&A, Caveat directed a question to the Vice Governor, ” Surely, now you are, as we say beautiful inside and out as “Woman of the World Ambassador,” you are a political animal as well. How can you convince me and some friends here to vote for your political party – BBM-SARA and not presidentiable Vice President Leni Robredo?”

Some beats prevailed. almost you could hear a pin drop; she slowly rose to her feet, and held the microphone across her face and for the first time she noticed the mic’s head was wrapped with a soft and round “sound filter” made of styrofoam whose colour was cunningly pink as pink can be.

As if a bit taken aback, the Vice Governor in her most subtle, body language, slowly pulled off the pink colored filter from its top, put it tenderly aside without blinking an eye to make sure it will never be seen again till the end of the Q&A. That was one good nonverbal and non-antagonistic political statement.

Speaking now through the core of the bald-headed mic in hand, Imelda in a manner of speaking caught the media in the palm of her hands with her guts-out personal confession why she thought the BBM-SARA line-up is God’s gift to the Filipino people who, in her words, have long been victimized by the abject culture of corruption in the government, perpetuated by the very sovereign powers who are supposed to protect constituents from inequalities, economic, and social injustices, etc.

She spoke volumes, albeit humbly, without resorting to empty polemics, rhetoric, muckraking, and not taking potshots either at any given political opponent.

Imelda Papin, the artis- turned- serious politician and beauty advocate spoke from her invested heart and breathed through her decades of “lived” experiences as maybe a different kind of politician whose moral universe is deeply grounded on public service above self.

In this, one thinks even more philosophically that with God’s mighty strength on her side she can never perhaps go wrong.