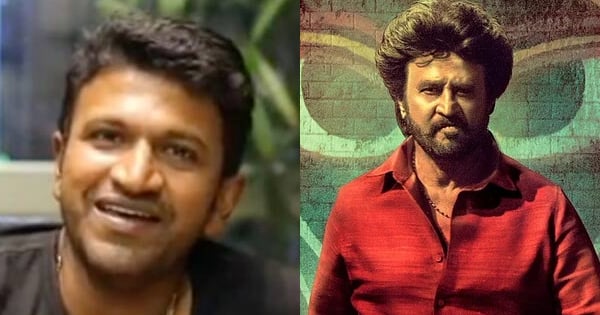 Among the newsmakers from down south, today we have celebrities like Rajinikanth, Anushka Shetty, Samantha Ruth Prabhu and many more. As the day comes to an end, here is a look at all the stars who made it to the headlines. Take a look. Also Read – Annaatthe box office collection day 1: Rajinikanth-Nayanthara starrer opens to a PHENOMENAL response

Kannada actor Puneet Rajkumar breathed his last recently. A lot of his fans attended his funeral. On social media, some of the fans are also expressing anger and questioning the treatment that was given to him. Over the same, now reports suggest that the doctor has been provided with police security. Also Read – Trending South News today: Ram Charan and Allu Arjun’s Diwali bash creates fan frenzy, SS Rajamouli wishes team Sooryavanshi, Annaatthe gets mixed reviews and more

Rajinikanth’s film Annaatthe made it to the theatres on November 4 and within a two days of its release, the film has managed to make Rs 100 crore at the box office. The numbers are phenomenal given that the country is still suffering from the pandemic.

As per the latest reports, Samantha Ruth Prabhu has increased her remuneration post the success of The Family Man 2. Reportedly, she now charges Rs 3-4 crore for a film.

On her 40th birthday, Ansuhka Shetty announced her next film. On Twitter, she wrote, “With all the birthday wishes & love that is being cherished upon, I am happy to announce my next movie to you all. My next is with Director #MaheshBabuP and @uvcreationsofficial.”

Pictures from a tea party hosted by Venkatesh Daggubati for his F3 cast has made it to the internet. Varun Tej shared the pictures on Twitter.