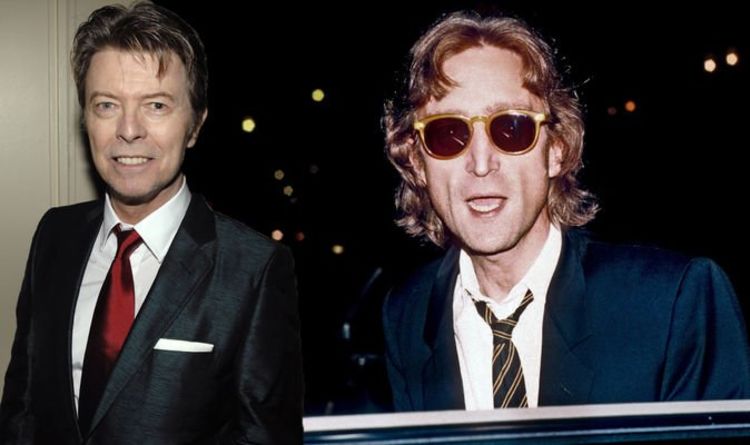 The Beatles dominated the 1960s throughout the UK and onto the rest of the world, but when they split up in 1970 everything changed. A new era of rock and pop music was ushered in, with some extravagant acts including the likes of David Bowie making their way onto the scene. In 1995 Bowie recalled being lucky enough to have become close friends with John Lennon, before describing the Liverpudlian in a unique way.

Bowie and Lennon first met in 1974 where they hit it off almost instantly.

The Ziggy Stardust singer was keen to praise Lennon in the ’95 interview, saying: “He was probably one of the brightest, quickest witted, earnestly socialist men I’ve ever met in my life.

“Socialist in its true definition, not in a fabricated political sense, a real humanist. And he had a really spiteful sense of humour which of course, being English, I adored.”

He went on to add that their friendship didn’t last long.

Bowie said: “I just thought we’d be buddies forever and get on better and better, and all that fantasy.”

In the second half of the 1970s, Lennon focussed more on his wife, Yoko Ono, and children, Julian Lennon and Sean Ono Lennon, stepping away from the music industry in the process.

Bowie went on to discuss The Beatles as a whole and his favourite member of the band.

Bowie said: “We kind of started knocking around with each other and at the time he gave me what I thought was one of the better Lennon quotes, which I have said a number of times.

“I asked him what he thought of what I was doing, glam rock, and he said: ‘Yeah, it’s great, but it’s just rock and roll with lipstick on.’

“I was impressed, as I was with virtually everything he said.”

Bowie was so impressed with Lennon he later called the star “probably [his] greatest mentor”.

Bowie continued: “I guess he defined for me, at any rate, how one could twist and turn the fabric of pop and imbue it with elements from other artforms, often producing something extremely beautiful, very powerful and imbued with strangeness.

“Also, uninvited, John would wax on endlessly about any topic under the sun and was over-endowed with opinions.”