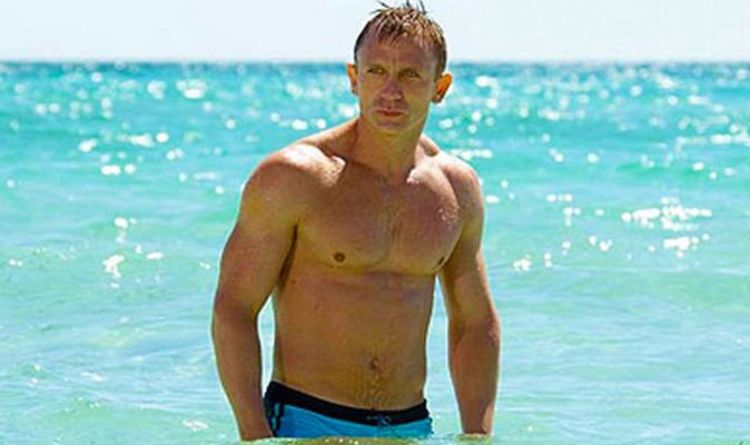 Despite the traditional impression that the franchise used to only objectify the female stars, ever since Ursula Andress strode into sight in that historic bikini, it has actually always been rather equal opportunity regarding flashing the flesh. From strapping Sean Connery onwards, the leading men have also flexed for the fans. None more so, perhaps, than Daniel Craig. And in a new interview to promote his final outing as 007, the buff star has great news for his millions of avid admirers.

Craig told Radio Times: “I’m naked most of the way through the movie… He’s more naked than the women; I’ve designed it that way. I mean, look at Casino Royale.”

That iconic moment when Bond first emerges from the sea introduced Craig’s incarnation of the spy to the world. It may appear as purely gratuitous, but was actually very carefully chosen to deliver a powerful new message.

Craig added: “I knew what I was doing. They showed me some shorts, some swim trunks, and I went, ‘Those’. Because of Ursula Andress, and because of that look, I wanted to flip it on its head.”

Craig himself is famous for his dedication to the role, and has been central to addressing many of the issues that might have dated the franchise and risked making it redundant in a modern world.

He admitted Bond’s “attitude towards women and how the women are treated in the films” had to change.

But he is also adamant: “I don’t make apologies for the character I play. He’s really flawed. He’s got a real problem with relationships. But I think that’s interesting.”

Craig added: “We’re very conscious of what’s going on in the world at the moment, but we’re still storytellers, we’re still trying to entertain an audience.

“We’re not trying to shove a political message, or any message, down anybody’s throats.”

JAMES BOND: NO TIME TO DIE IS OUT IN UK CINEMAS ON SEPTEMBER 30