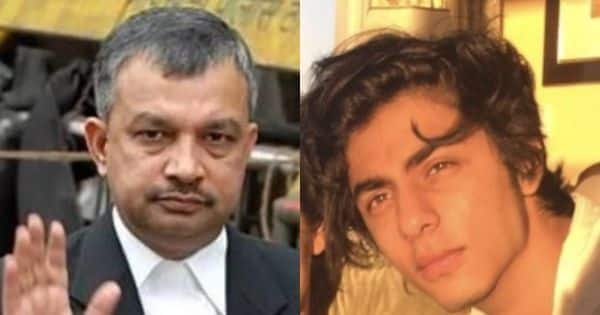 Aryan Khan walked out of the Arthur Road Jail today much to the relief of his parents, superstar Shah Rukh Khan and wife, Gauri. On bail order was declared on Thursday evening much to the delight of all supporters. He was being represented by one of the finest criminal lawyers in the country, Satish Maneshinde and Amit Desai. If that was not enough, they also flew in former additional solicitor general of India, Mukul Rohatgi for his defence at the Bombay High Court. In a detailed interview to the legal portal Bar and Bench, Satish Maneshinde has revealed that the bail was delayed and cites reluctance on part of lower courts. He said his team was elated with the order. Also Read – ‘Clueless AbRam looked on as Shah Rukh-Gauri-Aryan Khan had a heart-breaking emotional reunion; Suhana connected over video call’ – Family friend reveals details [Exclusive]

He told Bar and Bench, “We are elated with the order and we will cherish these moments. We have been carrying on this fight since October 2. There was no recovery, no possession, no evidence, no consumption, no conspiracy and no conscious possession. Aryan Khan ought not have been arrested at all in the first place.” He maintains that he should have got bail at the first instance itself. Maneshinde said the lower court decided to hear the matter only to realise that it had no jurisdiction. He says, “It was a complete waste of public time.” Also Read – Aryan Khan comes home: 5 ways in which Shah Rukh Khan won hearts while he fought for son’s freedom

He further says the Sessions Court also took its time after which they had to approach the High Court for the same. He says that this reluctance on part of lower courts is not a good thing as it unduly burdens the higher courts. He says, “Something which was ought to have been appreciated on the first day itself by the lower court but was not, led to this three-tier fight.” Satish Maneshinde makes the important point that Aryan Khan, being Shah Rukh Khan’s son was lucky to have a battery of lawyers. He says the plight of undertrials who do not have resources is unimaginable. Maneshinde told Bar and Bench, “Aryan Khan is fortunate that his father could get for him a legal team which he thought was best in the country. There are thousands of people in this country who cannot afford a lawyer, who are illiterate, poor and neglected. Our country and judicial system must think of such people and correct this.” Also Read – Aryan Khan comes home: Shah Rukh Khan – Gauri Khan now open doors of Mannat for family and friends [Exclusive]

He further said, “If a star’s son suffered for 25 days with nothing (no evidence) against him, one can imagine what would happen to a poor man.” Satish Maneshinde says they enhanced the team with senior advocate Mukul Rohatgi who flew down from London.