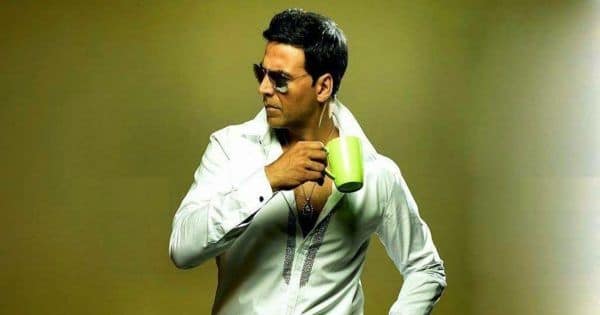 Akshay Kumar took to social media to dispel rumours of attending an event in Lucknow. This happened after a fan wrote on Twitter that he will be soon visiting the city of Nawabs for an awards function. The fan had tweeted, “Update: Guru ji Shri @akshaykumar… will be visiting Lucknow on 23 Jan to attend Business Icon Awards 2022!” After reading this, the superstar wrote that though he did love to visit Lucknow, it is not true. He tweeted, “As much as I would love to visit Lucknow soon, this news is absolutely untrue.” The coronavirus pandemic has meant that people cannot travel as much. Also Read – Funkaar: Kapil Sharma biopic announced; Fukrey franchise director Mrighdeep Singh Lamba on board – deets inside

Akshay Kumar has just announced a movie Selfieee with Emraan Hashmi. Fans wrote that they wished they had spread such news so that they could get a reply from the superstar. Akshay Kumar has a number of projects in his hand. He got back from a holiday abroad with Twinkle Khanna and Nitara. Also Read – Jacqueline Fernandez loses Nagarjuna Akkineni’s The Ghost due to Sukesh Chandrashekhar controversy? Here’s the truth

His last release was Atrangi Re with Sara Ali Khan and Dhanush. The movie came out on the digital platform, Disney + Hotstar. In the movie, he plays the imaginary character of Sajjad who is the lover of Sara Ali Khan aka Rinku. The role was more of an extended cameo but people loved it. His upcoming films are Prithviraj, Ram Setu, Mission Cindrella, OMG 2, Raksha Bandhan and Bachchan Pandey. His Also Read – Sooryavanshi box office collection: Here’s the Akshay Kumar-Katrina Kaif starrer’s circuit-wise FINAL FIGURES and VERDICTS